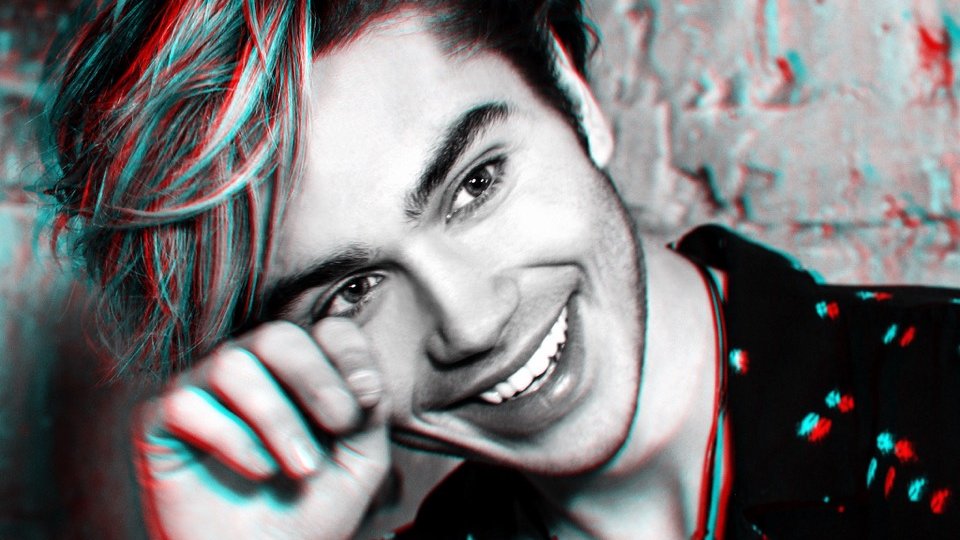 Starting with 360, which arrives on Sunday, a new song will be released weekly accompanied by a music video. Each of the songs is an original from the singer-songwriter and is being released as a thank you to fans.

To coincide with the releases, George will also play his first solo show at Under The Bridge in Chelsea on 18th December 2016.

Opening up about the project George says, “This is an outburst of creativity, the whole project is. I spent a lot of the last few years holding back so now this is all kind of like an explosion of expression showing the different parts of my mind. It’s my little art project. Through school, college and uni I always had art projects on the go, I loved them. I was the first kid in my school who was allowed to do 2 Art GCSE’s at once, only because I would fly through the projects; I get so obsessed with them.”

George has co-produced all of the tracks and directed and edited the videos. For the releases he’s also managing his own social media campaign!

Revealing more about the songs to come George says, “After ‘360’, which is about me at my most vulnerable, I’ll release ‘Soldier’, a song about the importance of family, and how it’s always worth fighting for. From there, we have ‘Scars’, inspired from a DM on Twitter I received from a girl in need of help who was self-harming. It touched me, and although I didn’t know how to help directly, I picked up my guitar and this song kind of fell out of me. I hope she gets to hear it one day, and it helps her in one way or another. ‘Make It Better’ is the next song, with an adorable video about friendship; and ‘Poltergeist’ is about the energetic ‘noise’ that is left in a place after a relationship has ended. Finally, ‘Prove Me Wrong’ is my attempt to show the silly side of love, you know, when you’re being a bit of a goofball!”

Tickets for the show at Under The Bridge in Chelsea are available from http://www.seetickets.com/event/george-shelley/under-the-bridge/1043901/

In this article:George Shelley, Union J