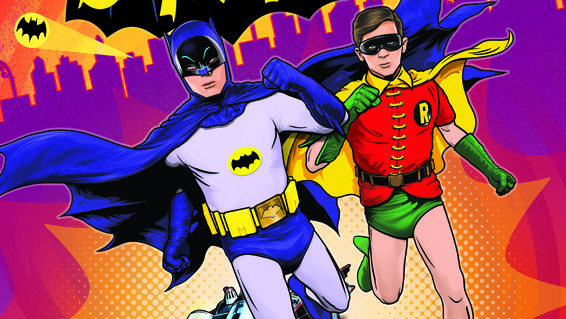 Holy Smokes we’re giving you the chance to return to the 1960’s and win a copy of Batman: Return of the Caped Crusaders, a film which pays homage to the original Batman series.

The legendary Adam West is back as Batman and is reunited with Burt Ward’s Robin and Julie Newmar’s iconic Catwoman. The film is available now on Digital Download and will be available on Limited Edition Blu-ray (including exclusive art card), Blu-ray & DVD on 7th November.

To celebrate the release we’re giving you the chance to win one of three copies on Blu-ray!

It’s back to the 1960s as Batman and Robin spring into action when Gotham City is threatened by Batman’s most-evil opponents – The Penguin, The Joker, Riddler and Catwoman. The four Super-Villains have combined their wicked talents to hatch a plot so nefarious that the Dynamic Duo will need to go to outer space (and back) to foil their arch enemies and restore order in Gotham City.

To be in with a chance of winning this brilliant prize, watch the trailer before answering the question below…

For further information on Batman: Return of the Caped Crusaders join us here
https://www.facebook.com/warnerbrosuk/ , follow @WarnerBrosUK or visit here

In this article:Batman, Batman: Return of the Caped Crusaders, Competition