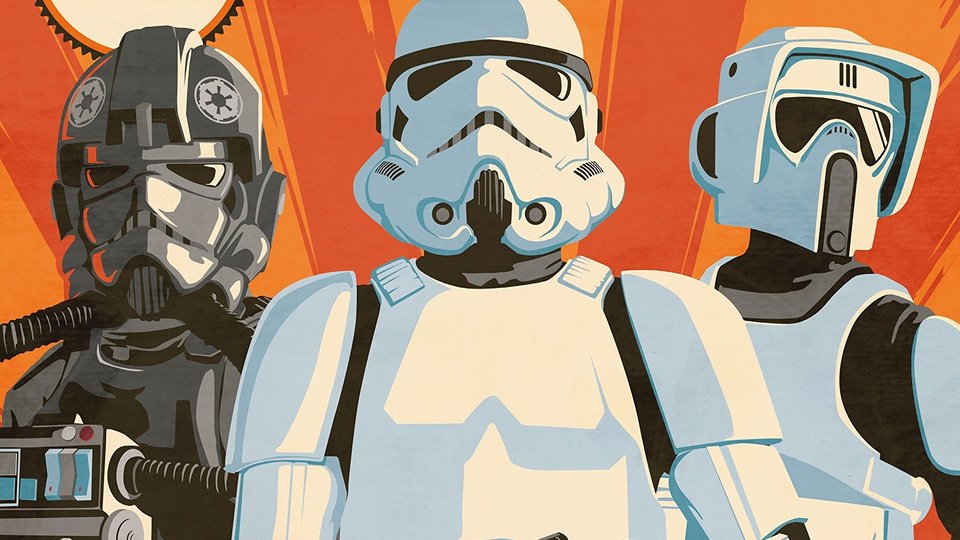 In Star Wars Propaganda, Pablo Hidalgo presents a beautiful collection of images from the world of Star Wars and recounts the history behind them.

Fully authorized by Disney & Lucasfilm and published by Harper Design, the book features fifty pieces of brand new art. The lavish designs are accompanied by Hidalgo’s commentary that tells the in-world story behind them: the artists who created them, where they appeared, why certain planets were the targets for propaganda, and more.

Written from the perspective of characters who populate the Star Wars universe, the book is divided into chapters that trace the chronology of the shifting tides of politics and public opinion across the galaxy: The Last Era of Peace, A Galaxy Divided, The Clone Wars, Building the Empire, Rise of the Rebellion, The Next Great War.

Star Wars Propaganda is packaged in a beautifully designed case and includes ten collectible posters that are frame-ready and will appeal to any fans of the iconic films.

About the author;
Pablo Hidalgo has been writing professionally about Star Wars since 1995. In 2000, he joined Lucasfilm to become a full-time Star Wars authority, first as a StarWars.com writer, and now as a creative executive in story development. He has written or co-written several authoritative Star Wars reference books, including Star Wars: Year by Year, Star Wars: The Essential Reader’s Companion, and Star Wars: The Force Awakens: The Visual Dictionary as well as guide-books to other brands such as Hasbro’s G.I. Joe and Transformers. He lives in San Francisco.

For your chance to win one of 3 copies of Star Wars Propaganda: A History of Persuasive Art in the Galaxy, all you need to do is answer the following question below.