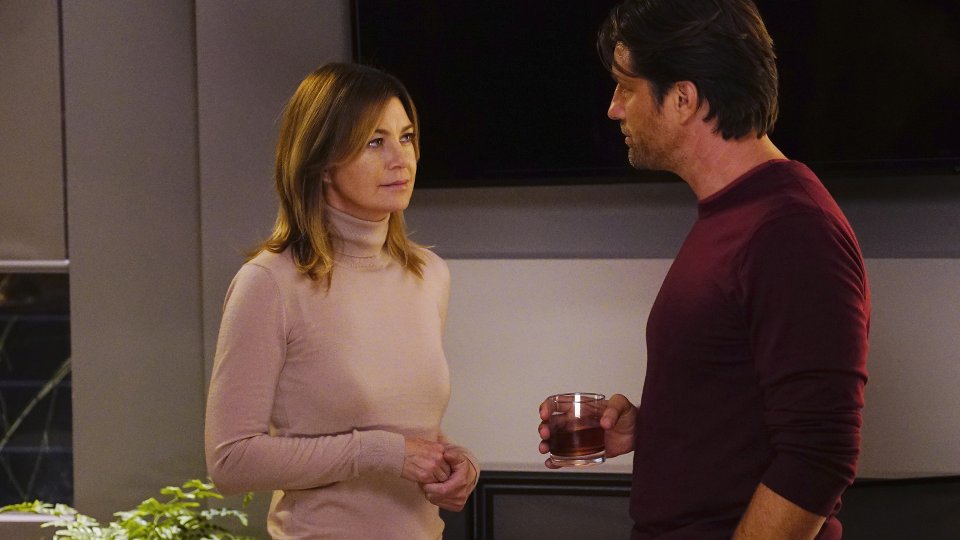 Alex (Justin Chambers) found himself in a world of trouble on the season 13 premiere of Grey’s Anatomy.

At the end of season 12 Alex mistakenly thought he’d caught DeLuca (Giacomo Gianniotti) forcing himself on Jo (Camilla Luddington) and before finding out what was going on, Alex used his fists top pummel him. The new season picked up with DeLuca being rushed into hospital while Amelia (Caterina Scorsone) and Owen’s (Kevin McKidd) wedding continued.

Richard (James Pickens Jr) was sent to look after Jo, who managed to slip away and head to the hospital feeling guilty about what had happened. Alex meanwhile asked Meredith (Ellen Pompeo) for help and she tried to convince him to turn himself in. In the end Meredith went to Bailey (Chandra Wilson) and told her the truth but Alex had already turned himself in to the the police.

Elsewhere in the episode Maggie (Kelly McCreary) put her feelings for Riggs (Martin Henderson) to one side to support DeLuca, Meredith tried to ward off Riggs’ advances so as not to hurt her sister, and April (Sarah Drew) argued with Catherine (Debbie Allen) about the name of her baby.

The next episode of the season is Catastrophe and The Cure. Meredith is forced to reconsider where her loyalties lie, as Alex suffers the consequences of his actions.