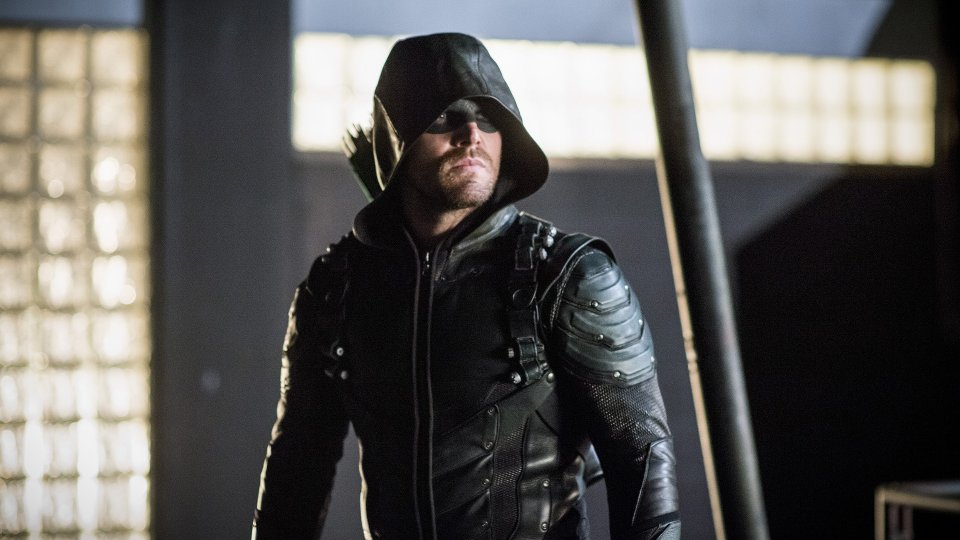 Oliver (Stephen Amell) put his new recruits through a gruelling initiation exercise on the latest episode of Arrow.

Wild Dog (Rick Gonzalez), Evelyn (Madison McLaughlin) and Curtis (Echo Kellum) struggled with their training and Felicity (Emily Bett Rickards) grew quickly concerned when she believed Oliver was being too harsh to his new team members. Oliver had to place some trust in his team in order to track down Ragman (Joe Dinicol), who was targeting AmerTek executives.

Having just agreed a partnership with AmerTek in his role as Mayor, Oliver looked into why the attacks were happening and discovered that the company supplied Damien Darhk (Neal McDonough) with nuclear missiles. It was also revealed that company’s CEO was working with Tobias Church (Chad L. Coleman) and Oliver teamed up with Ragman to stop an arms deal.

Ragman agreed to join Team Arrow and he told Oliver that he was the last survivor of the Havenrock bombing, which Felicity was responsible for.

Elsewhere in the episode Thea (Willa Holland) appointed Quentin (Paul Blackthorne) as Deputy Mayor, Church was attacked by another archer and Diggle (David Ramsey) was framed by his superior in the army.

The next episode of the season is A Matter of Trust. The Green Arrow helps Wild Dog when he attempts to take down Star City’s newest threat, Derek Sampson (Cody Rhodes).