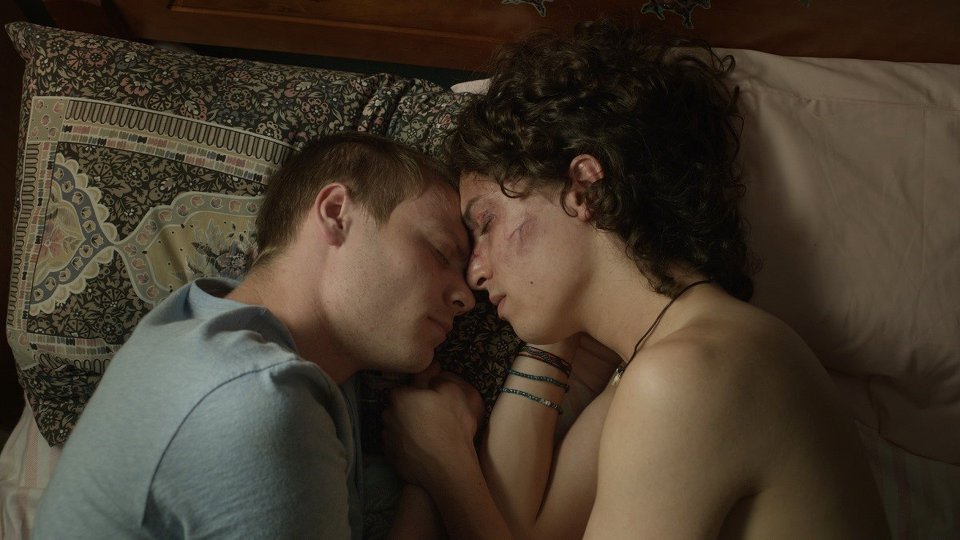 James Levy (Reef Ireland) is released from prison after serving time for the death of a young boy who drowned but whose body was never found. At the time of the incident James suffered an epileptic fit and doesn’t remember the events that took place casting doubt over whether or not he was actually involved in the supposed murder. Returning home, James is spurred on to piece together the events of the boy’s disappearance after being visited in prison by the victim’s mother prior to his release.

Downriver aims to be an edgy and taut thriller exploring the case of the missing boy and also commenting on homosexuality in a small town that is rife with homophobia. Director and writer Grant Scicluna has crafted a moody thought-piece but the film doesn’t really go anywhere or provide any kind of satisfying conclusion or answers. James is quickly pulled into an awkward love triangle and there’s an increasing feel of danger that rises when he reconnects with old friend Anthony (Thom Green).

Part of the problem with Downriver is that it has grand aspirations but it never fully realises them. Scicluna’s screenplay is clunky and it doesn’t match the tone of the film he thinks he’s made. Often the actions of James, and the twists and turns of the plot, make little sense and the end product doesn’t feel believable or authentic. It’s a real shame as there’s a lot of potential here but the lack of anything satisfying to give a pay off to the audience is frustrating.

Reef Ireland is superb in the lead role. Despite playing a character that is severely underwritten, Reef makes a lasting impression and shows he’s better than the material he’s give to work with here. Some of his best scenes are opposite Kerry Fox, who plays his mother. Their relationship is quickly established as one with lots of complicated history that neither is sure they can overcome.

Downriver suffers from being too slow-paced and using character stereotypes in an attempt to make a point. Thom Green’s two-dimensional villain doesn’t get enough to do and it feels more like the film has tried to check off the relevant boxes rather than create a coherent and riveting story. Downriver had the potential to be a remarkable film but it ends up being merely watchable.