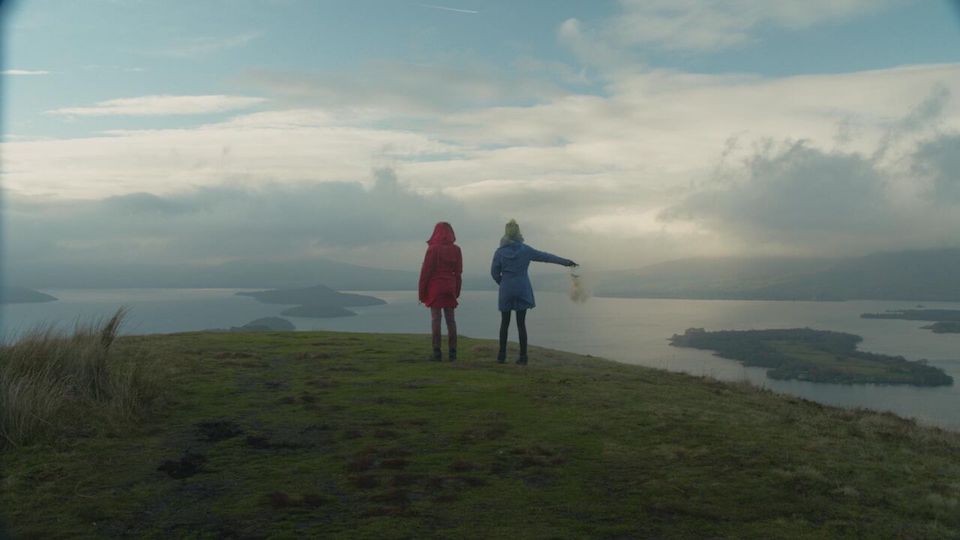 Some wonderful one-liners, and an unhealthy dose of tragic pathos combine to mixed effect in Chanya Button’s feature debut about life, death, and everything in between. The film follows two friends, Seph (Laura Carmichael) and Alex (Chloe Pirrie), who at the behest of their recently deceased friend Dan (Jack Farthing), embark on a road trip to scatter his ashes in different locations around Britain that are significant to him. He has also recorded video messages for each stop so he can be with them at each place. As he hilariously dubs it in his first video, “essentially this is Thelma and Louise plus Caspar the Friendly Ghost.”

Both girls are reluctant at first, but with unhappy relationships and unsatisfactory careers weighing them down, they soon decide to put it all in the rear view mirror and take to the road. Will they find themselves along the way, and learn some valuable life lessons? Of course they will. The plot is entirely predictable, following an obvious “life is short, carpe diem” narrative.

On their journey they have mini adventures at each location, such as a night spent partying with some desperately sad hippies in Glastonbury. This sequence goes on for way too long, but pays off with a laugh out loud punch-line from Seph – the wannabe actress – who worries that this is the life she is destined for. “Is this what happens when you’re arty but a bit shit?”

Had the film had more lines like this in the script it might have made it a more watchable experience. Unfortunately, the characters with whom we go on this adventure are just the worst. Dan might be dead, but he’s a complete prick, and Seph and Alex are two of the most selfish and awful people you could ever meet. You would not want to be friends with them. Interestingly enough however, the film knows how awful they are. The script makes their awful personalities a significant plot point in their wholly unearned redemptive arcs. But a level of self-awareness from the filmmakers doesn’t make them enjoyable characters to spend time with.

Taking it’s title from a passage in Kerouac’s On the Road, and it’s structure from Greek Tragedy – with Dan’s videos at each stop acting as the Chorus – this should give you an idea of the lofty literary ambitions of the project. And it should be applauded. There’s enough on show here to convince me that Button is a filmmaker to watch. There are sporadic moments in Burn Burn Burn that are beautiful, funny and full of heart. They are unfortunately outnumbered by moments that aren’t.