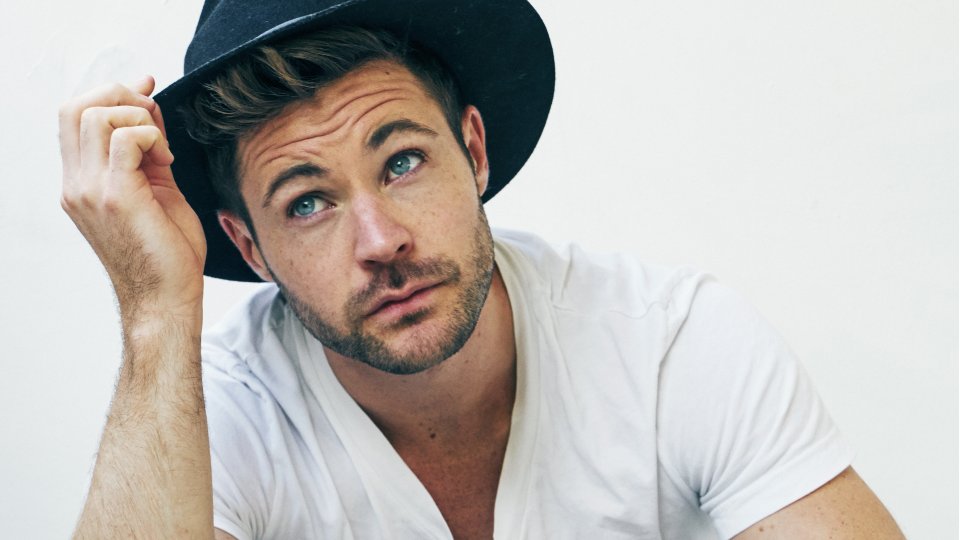 Brandon Stansell is a Country artist on the rise thanks to the release of his recent EP Slow Down.

The 3-track set features a collaboration with fellow Country musician Ty Herndon and it showcases Brandon’s ‘California Country’ sound. The music video for Slow Down was released recently and it perfectly brings to life the EP’s title track.

I caught up with Brandon to find out more about the EP, talk about the challenges he faces as an openly gay artist in Country muisc, and discuss his plans to bring his music over to the UK.

You recently released your EP Slow Down. For those that haven’t heard it, what they can they expect from it?

Slow Down is a three-song EP that is a little bit country and little bit everything else. I have been writing for a while now in an effort to capture what I am calling my “California Country” sound that is just as reflective of my life in Los Angeles as it is my Tennessee home.

I released the project independently in September and the one thing I consistently hear from listeners is even non-country fans are fans of the record. It makes me feel good that so many people are able to enjoy this thing I have spent the past year working so hard to put out! I am also thrilled to be people’s gateway drug to this genre I have spent my entire life listening to and loving.

The title track features a duet with Ty Herndon. How did that come about and what was Ty like to work with?

Ty and I have been friends for a few years at this point, but I have been a fan of his since I was kid! I just never thought I’d see the day when we would actually be singing on a project together! We met in Nashville back in 2009 – he was my next-door neighbor. We bonded over our love for country music and the skinny margarita!

When I told him I was looking for a producer for my new EP, Ty connected me with his long-time friend and producer Erik Halbig. Erik not only ended up producing the Slow Down EP but he was also one of three writers on Never Know – the third and final track on the project.

We had essentially wrapped up the recording process for the EP when Ty offered to sing on the project. Needless to say, we quickly re-opened the doors on the sound booth to let Ty add his signature sound and flair to the title track. It was a surreal and humbling experience. No one sounds like Ty, and it is my great honor to have an artist I admire so deeply sing on this project.

The music video for Slow Down has just debuted. Where did the concept come from?

Trent Atkinson, who directed the video, was also responsible for writing the treatment. He also wrote and directed my very first video that was released in February of this year – Dear John. Trent may be the most talented person I know, and I implicitly trust his creative direction. I am a big believer in letting people do what they do well, so I typically hand him the song and let him run the show from there.

For the Slow Down video, the two of us road tripped to the desert (not knowing 100% if the car we were driving was going to survive the unpaved roads leading to where we would be filming). We shot over the course of two days bringing to life this story that Trent had conceived. I am so proud of the way it came out and even more proud to be able to showcase the work of such a talented friend.

You’re one of a handful of openly gay Country artists. What challenges have you faced to get to this stage in your career?

For me, the challenges have been far less about my being gay, but rather standard challenges I think all musicians face at one time or another.

The writing process is often challenging. Initially, I had trouble setting up co-writes. Being new to the song-writing world, there were not many people who wanted to write with me. When you have little to no writing experience it is hard to convince a seasoned writer you are worth writing with.

For the Slow Down EP, my challenge was to write music that was both accessible and relatable. My goal has always been to write songs that are reflective of me as an artist and individual but also something that people want to sing along to!

Country radio still isn’t favourable to gay artists with only Brandy Clark managing to make much of a dent of the charts. What’s your take on where the genre is in terms of supporting gay artists?

I think things are moving in a positive direction. I also think Nashville is more open-minded and loving than it’s often given credit.

That said, I think the first step to any substantive change has to start with us. If we want to be included we have to let people know we’re here! It’s like Dolly says, “you gotta honk your own horn, cause if ya don’t, no ones ever gonna know you’re coming…”

There are only a handful openly gay country singers. So now, more than ever, it’s important that the music we sing and the way we portray ourselves honestly reflects the people we are. The fact is we are not all that different. Like Brandy Clark and others, I write songs about love, loss, hope and heartbreak – human feelings I think everyone can relate to. So, it’s not an issue of being relatable, it’s an issue of being genuine and present. The Country Music I sing is an honest reflection of the man I am – the gay man I am.

There’s a lot of debate at the moment about what Country music is and there’s push back from traditionalists that the current sound is too poppy. What do you think of the music that’s currently charting well?

I think Country music, like every other genre, is constantly evolving. There will always be those who stick to a more conventional sound and there will be those pushing the boundaries. I think we need both. I think people want both!

For me, I want my music to be reflective of me as a whole. I grew up listening to Country Music, so traditional country feels like home to me, and musicians like Vince Gill and LeAnn Womack have had a heavy hand in developing the traditional side of my sound.

That said, I think the more you listen to artists of any genre, the more their sound can influence your own work. I can only imagine this is what has happened as I can’t count the number of hours I have spent listening to artists like Years & Years, Tracy Chapman, Brandi Carlile, The Civil Wars, and most recently JohnnySwim! All of these definitely have their place in the music I am making.

When can we expect a full-length album from you?

I will be writing again starting in the New Year for a full-length record to come out sometime in the Fall of 2017. In the interim, I am on the hunt for someone who wants to pay for it! Haha.

Do you have any plans to come over to the UK for some live shows?

I have always said I have a “Field of Dreams” like policy when it comes to touring – book it and I will come. I spent most of my college days on the road as a dancer for Taylor Swift, and even though I had the time of my life, I am actually a homebody at heart. My first love is writing and recording, but I recently played a show in Downtown LA where people were standing in front of me singing my lyrics right back to me. I had never experienced that before and, honestly, there is nothing quite like it.

I don’t know if you know this or not, but Amy Grant just released a new Christmas record this past weekend! So, even though I have no set plans for the holidays, I do know what I’ll be listening to for the next two months!

Brandon’s EP Slow Down is available to stream and download now. Watch the video for Slow Down below: