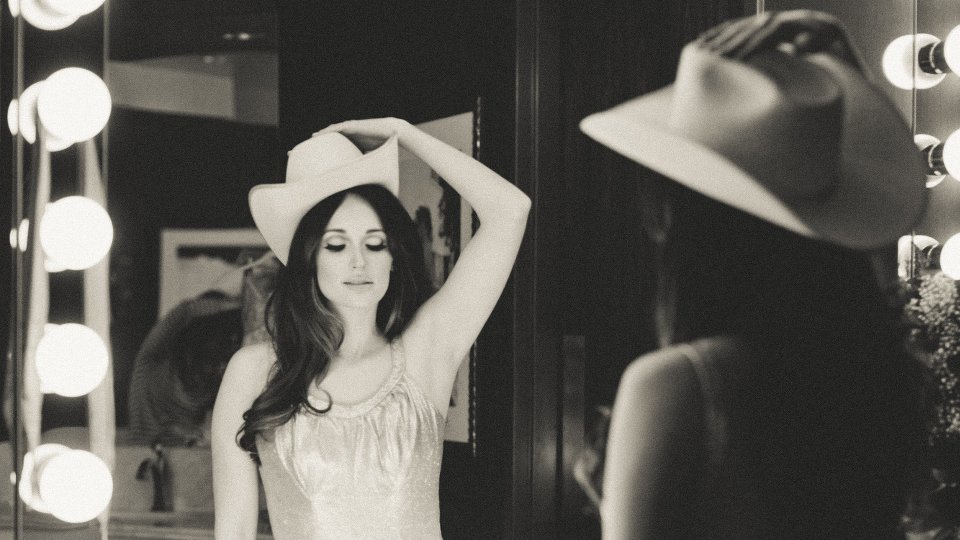 Since the release of her debut album Same Trailer, Different Park in 2013, Kacey Musgraves has quickly established herself as one of smartest lyricists in Country music. Her astute observations lean her music towards Country tradition rather than jumping in with the modern Country crowd. At times her biting satire has been too much for a US audience to handle but here in the UK she’s one of the most popular Country stars. Kacey’s second album Pageant Material peaked at number 11 in the UK charts and her performance at C2C: Country to Country earlier this year was a triumph. For her latest album, Kacey is putting her spin of Christmas with the release of A Very Kacey Christmas.

As you would expect from Kacey, she hasn’t done the typical over-produced bells everywhere kind of Christmas record. A Very Kacey Christmas features 12 tracks, four of which are originals. The record opens with Have Yourself a Merry Little Christmas, which features stirring steel guitar that transforms the song into a dreamy Country ballad. It sets the scene perfectly for the chilled-out collection of songs Kacey has put together for the record.

Prior to the album’s release Kacey admitted that she wanted to record a ‘whimsical throwback album’ and she’s definitely achieved that. The Quebe Sisters, who appear on Let It Snow and Mele Kalikimaka, bring an Andrews Sisters vibe to the tracks and help capture that classic Christmas feeling. Leon Bridges lends his distinctive soulful tone to original track Present Without a Bow giving it a bluesy edge that works surprisingly well with Kacey’s vocals.

Elsewhere on the record Kacey has fun on her cover of the novelty track I Want a Hippopotamus for Christmas and breaks out the bells for Rudolph the Red Nosed Reindeer where she really throws herself into the Christmas spirit.Christmas Don’t Be Late has a barbershop quartet feel to it that really brings the festive season to life. The album comes to a close with the gorgeous What Are You Doing New Year’s Eve?, a song that suits Kacey’s voice perfectly.

The original tracks are the standouts here.  Ribbons and Bows incorporates horns with a driving beat for one of the more uptempo moments. My favourite moment comes on the bluesy Country of Christmas Makes Me Cry. The simple arrangements are gorgeous and Kacey sounds glorious.

A Very Kacey Christmas is a brilliant collection of festive songs. It’s refreshing to find an album that’s truly unique and original. By harking back to classic festive sounds and changing up the arrangements for well-known songs, Kacey has put her own stamp on the season. I just wish I was able to see her perform these songs live on her US Christmas tour!