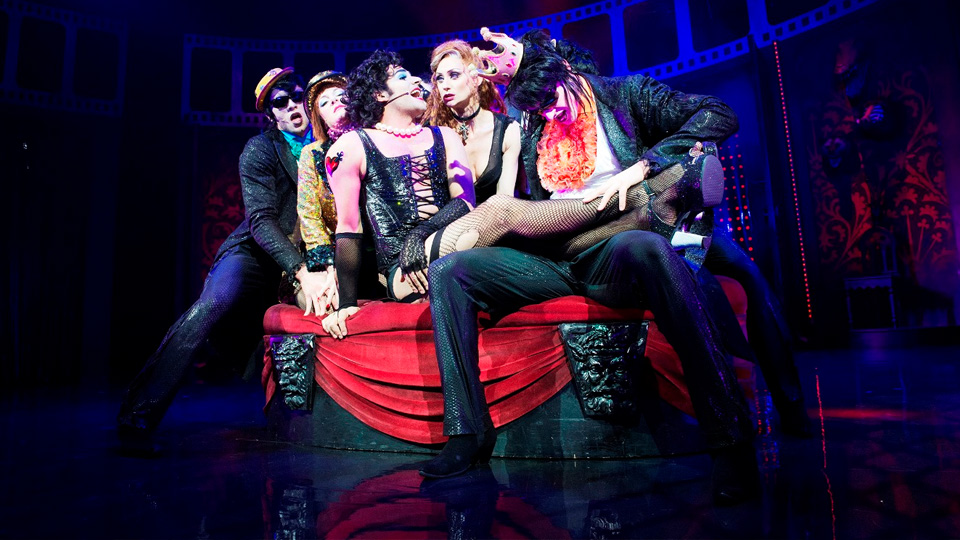 Rocky Horror for a Grand Halloween

The Rocky Horror Show is gearing up to hit Leeds this Halloween when it opens at The Grand Theatre on for one week only.

Bringing with it a glittering cast, startling costumes, lots of red lipstick and plenty of naughty bits, Rocky Horror promises to take audiences on a dizzying Time Warp of song, dance and outrageous performances.

Returning to the show to play the iconic role of The Narrator will be Coronation Street favourite Charlie Condou and S Club 7 star Paul Cattermole in the roles of ‘Eddie/Dr Scott’.

Rocky Horror Show tells the story of Brad and his fiancée Janet, two squeaky clean college kids who, when their car breaks down, find themselves at the house of the somewhat peculiar Dr Frank-N- Furter and a whole host of other odd characters. It turns out to be an adventure they will never forget.

The title role of Rocky is played by Dominic Andersen and Frank-N-Furter by The Voice’s (Series 3) Liam Tamne. Janet will be played by theatre star Haley Flaherty and completing the cast are Rocky favourites Sophie Linder-Lee as Columbia, Kristian Lavercombe as Riff Raff and Richard Meek as Brad.

Directed by Christopher Luscombe, the Rocky Horror Show is a guaranteed party and a Yorkshire favourite; audience participation is encouraged as is dressing up. This musical extravaganza features all of the famous musical classics including Science Fiction/Double Feature, Dammit Janet and of course the timeless floor-filler The Time-Warp.

Rocky Horror Show is at Leeds Grand Theatre from Monday 31st October to Saturday 5th November. Tickets are still available priced from £22 to £43. Book online at leedsgrandtheatre.com or call Box Office on 0844 848 2700.

Samuel Paynehttp://samuelpayne.weebly.com
Reviewer of Theatre in the North, including releases of classic film and television.
Previous article
Jason Donovan Million Dollar Quartet interview
Next article
The Woman In Black review