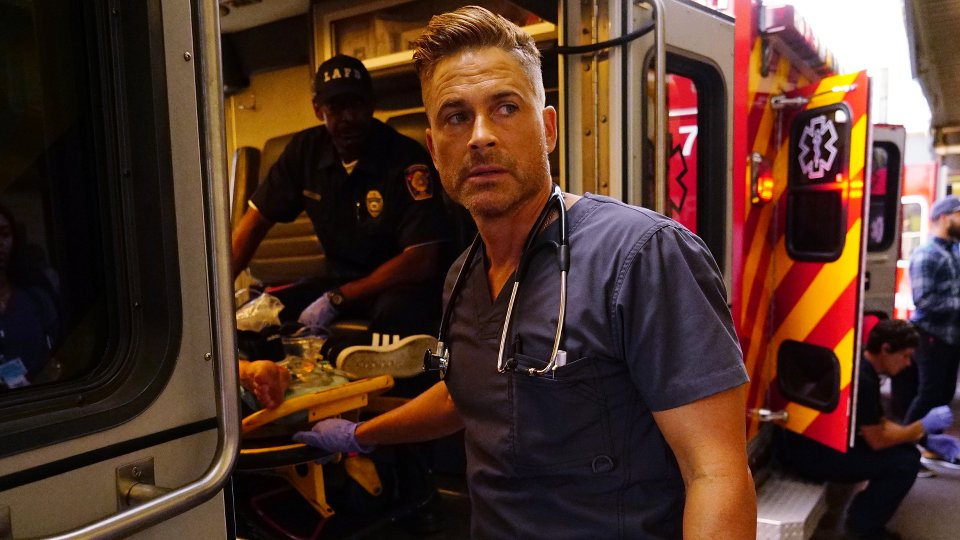 US medical drama Code Black is returning to the UK in November for its second season.

Col. Ethan Willis (Rob Lowe) has been embedded at Angels Memorial by the U.S. Military’s most elite medical program to teach innovative medicine in a hospital that often resembles the combat zone he’s familiar with.

At the heart of the Angels Memorial Hospital ER’s controlled chaos is Residency Director Dr Leanne Rorish (Marcia Gay Harden), a stop-at-nothing residency director whose job is to save lives in an often impossible environment. She is known by the group of residents as ‘Daddy’, alongside ‘Mama’, ER Nurse Jesse Salander (Luis Guzman).

The team work under – and sometimes against – the iron-hand of ER and OR Director Dr Will Campbell (Boris Kodjoe), a top-tier surgeon who was put in charge of both departments in an effort to save money and simplify administration.