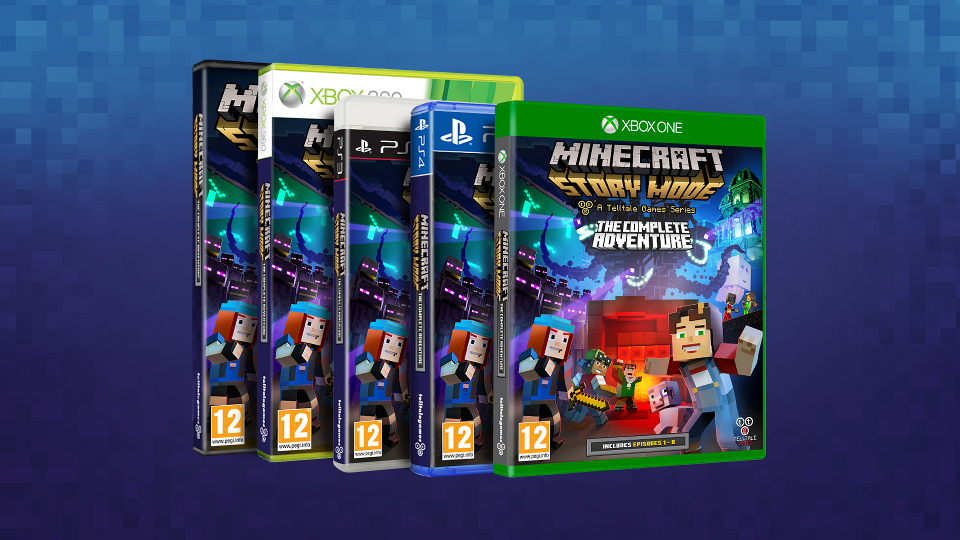 In Minecraft: Story Mode, playing as either a male or female hero named ‘Jesse,’ you’ll embark on a perilous adventure across the Overworld, through the Nether, to the End, and beyond. You and your friends revere the legendary Order of the Stone: Warrior, Redstone Engineer, Griefer, and Architect; slayers of the Ender Dragon. While at EnderCon in hopes of meeting Gabriel the Warrior, Jesse’s friends discover that something is wrong… something dreadful. Terror is unleashed, and you must set out on a quest to find The Order of the Stone if you are to save your world from oblivion.

Watch the trailer for Minecraft: Story Mode Episode 1 below:

The story continues beyond the original season with three ‘Adventure Pass’ episodes, chronicling the further journeys of Jesse and friends lost in a hall of portals leading from one world to the next. Will you be able to find your way home?