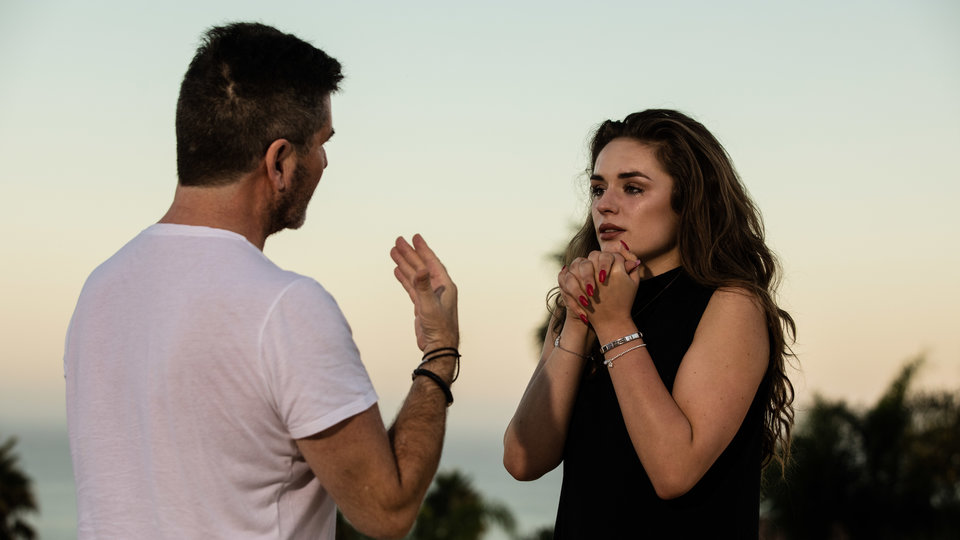 This weekend The X Factor 2016 judges will reveal their final contestants. Each year the judges pick a place to take their contestants to, Simon was in Malibu with the girls, Louis in Ibiza with the groups, Sharon in LA with the overs and Nicole in the French Riviera with the boys. This year the judges were also picking a wild card for the other judges.

The groups were in Ibiza and helping Louis were guest judges Fleur East and Alesha Dixon. First up was boy band 5AM, who sang R Kelly’s Vibe, which sounded great by Louis poolside. I loved their performance as always the boys were full of great moves and amazing energy. Louis and his guest judges both thought they had huge potential. Tom and Laura sang next and as always the duo had great chemistry singing and the vocals were strong. Louis loved their song choice and thought that they were lovely together. Wild Card, Yes Lad sang Don’t Stop til You Get Enough and sounded much better then on the six chair challenge. Alesha thought they were corny but Louis said he liked them.

After the break it was time to see the most eccentric group of this year’s competition Ottavio and Bradley. They decided to sing Candy Man and although the vocals were amazing I thought the boys did a great job and showed real showmanship. Both Fleur and Alesha didn’t think Louis could win with them but they would be fun to work with. Skarl3t hoped to win Louis over with a stripped out version of Hey Yah. Louis said he liked their attitude and their look but the guest judges didn’t think they picked the right song. Seventeen year old boys The Brooks also chose a ballad to impress the judges. I thought their harmonies were great and they showed passion. Louis thought the girls would like them because they look like popstars. Finally girl group 4 of Diamonds were up and sang Royals but I thought the girls sounded a bit off. I don’t think that that was the right song choice for the girl group that had sounded very strong so far. I still thought the girls gave a great performance. Louis said he really liked them, Alesha didn’t think that the group had gelled yet.

Louis could only pick three contestants and he chose the following groups:

Simon took the girls to his pad in Malibu and Mel B and Emma Bunton were there to help him choose his final contestants as guest judge. Hoping to impress Simon and his guests was first contestant Soheila Clifford singing Genie in a Bottle. I liked her performance and thought that out of all of the contestants Soheila is the hungriest for fame. Even though her singing isn’t perfect I think she really wants to win, which is infectious. Mel B and Emma thought she looked very ambitious but only looked at Simon during her performance, which was awkward. Olivia Garcia decided to sing a Britney Spears song, which I thought really worked for her tone of voice. Olivia looks like a popstar already and her passion for singing is apparent whenever she takes the mic. I like her a lot. Emma thought you could throw any song to her and do a great job. Kayleigh Marie Morgan. As ever Kayleigh’s vocals really shone during her performance and she got Mel B all excited and tearful. Both Spice Girls loved her but Simon wasn’t sure.

After the break it was seventeen year old Samantha Lavery’s time to take the stage but Simon thought she needed to show a different side to herself and be more bare so he made her get changed.  Caitlyn Vanbeck sang next instead and although her vocals sounded amazing, she forgot the lyrics midway through her performance, which of course was going to cost her her place in the live shows. Emma thought her vocals were well controlled. One of my favourite contestants this year and one of the most finished artists on the show is Emily Middlemas and she didn’t disappoint either with her performance of Ghost. All the judges thought it was a great song for her and Simon said that it was great that she didn’t hide behind her guitar. Gifty Louise sang next and even though she was nervous to begin with she made her performance look fun and exciting. I really enjoyed it. Mel B thought she was really good. Simon thought she didn’t have a huge voice.

After the break Samantha Lavery came back with a much more natural look and Simon and the Spice Girls loved her new look. Samantha’s performance was powerful and passionate and with none of that over the top makeup I could focus on her performance. The judges looked impressed. Mel B loved her voice and Simon thought it was like meeting a new person.

It was time to make a decision and Simon’s final girls are:

The final boys and overs will be revealed tomorrow night.

The X Factor will be back tomorrow night at 7pm on ITV.

Advertisement. Scroll to continue reading.
In this article:The X Factor, The X Factor 2016