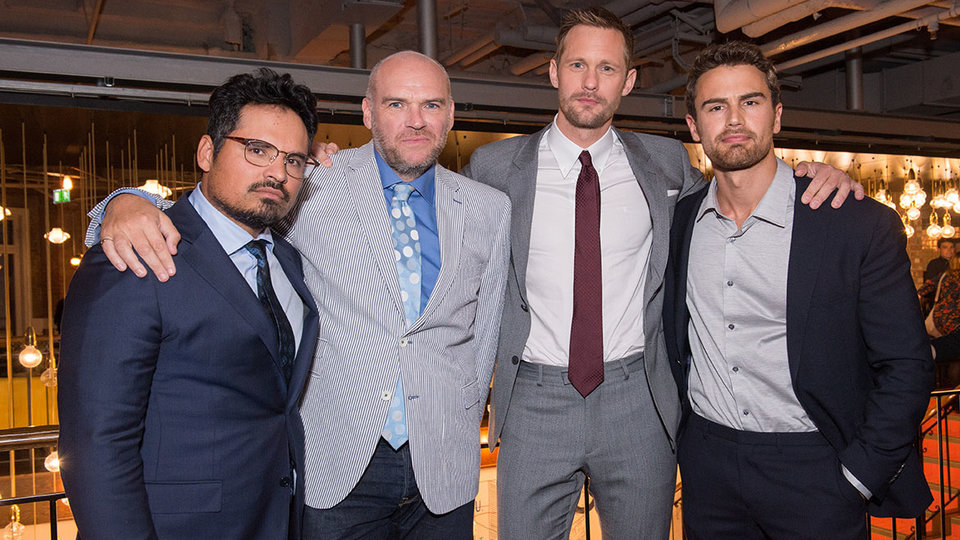 To celebrate the UK release of War on Everyone, writer-director John Michael McDonagh and stars Alexander Skarsgård & Michael Peña hit London this week for a special ‘premiere crawl’ through the capital.

McDonagh (who previously worked on Calvary and The Guard), alongside Skarsgård (Tarzan, True Blood) and Peña (End of Watch, Ant-Man) were aided by a fast car with a well-stocked mini-bar, as they walked three red carpets and introduced the film to public audiences at Ritzy Brixton, Picturehouse Central and Hackney Picturehouse in the space of three hours.

Theo James (the Divergent series) also joined them at the Picturehouse Central where they introduced the film to a sell-out crowd.

Check out the War on Everyone premiere crawl video and trailer below: