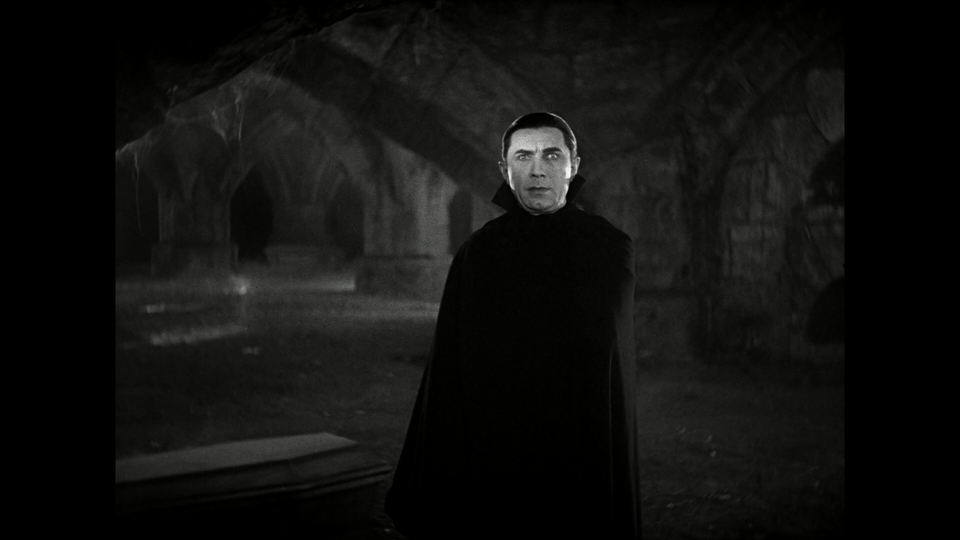 This Halloween, the classic, greatest movie monsters of all time return to the big screen!

From October through to the end of the year, a programme of the Classic Universal Monsters will tour cinemas across the UK and Ireland, resurrected and digitally restored. Venues include Picturehouse Cinemas, Lighthouse Dublin, Queens Film Theatre Belfast, plus more to be confirmed.

2017 will see the unearthing of a vital part of horror movie history, with Universal Pictures set to dig up The Mummy and relaunch their iconic Monsters franchise. Ahead of this, the studio vaults are opening, unleashing a host of creatures from the distant, dark past.

The collection of things that go bump, bark and bite in the night that will be stalking big screens across the UK and Ireland includes: Dracula, Drácula, Frankenstein, The Mummy, The Bride of Frankenstein, The Invisible Man, The Wolf Man and Creature From the Black Lagoon (2D/3D).

Horror lies at the heart of Universal Pictures. The cinema of fear is a dark art the studio has been practising for over a century, with a hoard of the genre’s greatest creations haunting the backlot at Universal City. They whelped The Werewolf way back in 1913, and by the mid-1920s they had crafted two epics of silent era horror: The Hunchback of Notre Dame and The Phantom of the Opera.

In 1927, cinema learned to sing – but with the arrival of Dracula in 1931, Universal taught it to scream. The studio’s horror output had grown fangs and was set to cast a long shadow across the genre for generations to follow. A host of monster movies followed closely on the count’s cape tails, cementing Universal’s position at the forefront of horror cinema and changing fear forever. Now, the original masters of horror have returned to terrorise audiences once again. Flip the switch and stand back – it’s alive!

Dracula (1931): Bela Lugosi takes his first bite out of Bram Stoker’s Gothic horror classic. Donning the now-iconic black cape and stirring the children of the night into a frenzy, he laid the foundation for future generations of movie vampires.

Frankenstein (1931): Taking on a nearly wordless role that Lugosi walked away from in pre-production, former bit player Boris Karloff cements his own horror legacy in bringing Frankenstein’s Monster to life.

The Mummy (1932): Tapping into a vein of curiosity surrounding the “Curse of the pharaohs” and riding the success of Frankenstein, Karloff creates another iconic monster in Imhotep: a vengeful ancient Egyptian priest who seeks to be reunited with his true love after 3000 years.

The Bride of Frankenstein (1935): Love hurts for Karloff’s monster in this sequel to the 1931 classic. Following directly on from the events of Frankenstein, he finds himself at the mercy of enraged townsfolk and an uninterested bride, memorably realised by a shock-eyed, tower-haired Elsa Lanchester.

The Wolf Man (1941): Lon Chaney, Jr. stopped stalking in his father’s illustrious footsteps with the arrival of The Wolf Man, the most memorable role in an extensive career that would see the actor play many of the classic Universal Monsters.

Creature From the Black Lagoon (1954): Despite the 50s craze of 3D films proving short lived at the time, Gill Man – one of the first monsters to be introduced in this format – would become a lasting addition to the Universal Monsters canon and another iconic creation from the studio’s special effects team.

A host of the Classic Universal Monsters will be unleashed on big screens across the UK and Ireland from October onwards. 8 titles from the original canon will tour cinemas, resurrected and digitally restored.

Check out the Classic Universal Monsters trailer below:

In this article:Classic Universal Monsters, Creature From the Black Lagoon, Dracula, Frankenstein, Park Circus, The Bride of Frankenstein, The Invisible Man, The Mummy, The Wolf Man, Universal