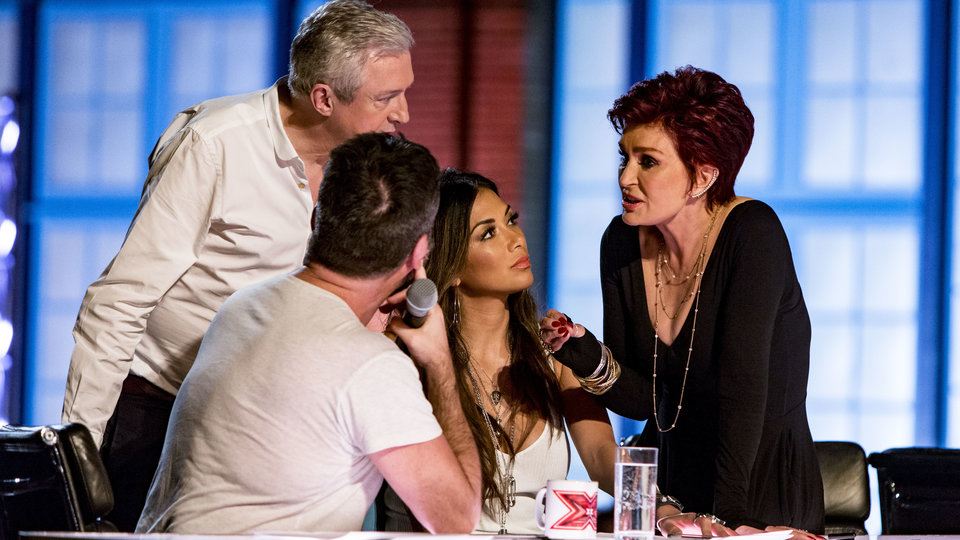 The X Factor bootcamp is here and like every year it is one of the most painful events of the competition. Simon Cowell, Nicole Scherzinger, Sharon Osbourne and Louis Walsh take the difficult task to pick the contestants, which they think will go on to win the competition.

First off the contestants had to face the wall of songs and pick a track that would suit them. Some contestants aimed to trade the cards they got when they didn’t find what they aimed for. The competition really intensified.

When it was time to face the judges contestants, Caitlyn Vanbeck, Christopher Peyton, No Gateway were first in line. Simon thought Caitlyn was outstanding and didn’t even notice No Gateway.

Next up were Ottavio & Bradley who sounded absolutely appalling. Louis thought they were OK but I couldn’t agree less, but then again this is why Louis is on the show.

The follow-up auditions were always going to be tougher and the judges made it clear that they wanted to remember the contestants. Tom and Laura really stepped it up and sounded great. Aeron Smith and Matt Terry also sang with them and sounded great. This was a great audition by all contestants and one of the best all night.

Pressure was as the contestant only had one chance to impress the judges. Gifty Louise,Anelisa Lamola and Chanel Benjilali sang Work, which sounded really good, the girls looked great on stage. They owned it.

Other contestants to do well included Janet Grogan, who sang Cake by The Ocean. Niall Sexton sounded great singing Coldplay’s Fix You and really impressed the judges. Samantha Lavery also shone during the auditions really showing off her vocals. Christian Burrows sang 7 Years and really stood out of the crowd. His passion was infectious and matched the song perfectly. The judges loved all those performances.

Some auditions didn’t work too well, Tinuke Jonah, Skarl3t and Kayleigh Marie Morgan didn’t get on during rehearsal and that became apparent during the audition. Still Kayleigh sounded the best and I thought she needed another chance.

Also trying to get through were Ryan Lawrie, Freddy Parker and Melissa Pedro, who didn’t want to let anyone down. Lucky for Melissa she didn’t and instead completely wowed the judges. Also standing out during the auditions were Ivy Grace Parades and Mike Hough. The judges thought that Ivy was effortless and I couldn’t have agreed more!

The final few acts tried to wow the judges and quite a few made just that. Giving a powerful performance on the show were James Wilson and Samantha Wilkinson, who took the stage and owned it. It was a touching performance and I thought it was beautiful. Sharon said that that performance mattered which meant all of them were through.

The categories were made and Simon got the girls, Louis got the groups, Nicole got the boys and Sharon the overs. The next stage of the competition is the six chair challenge.

The X Factor will be back next Saturday on ITV.