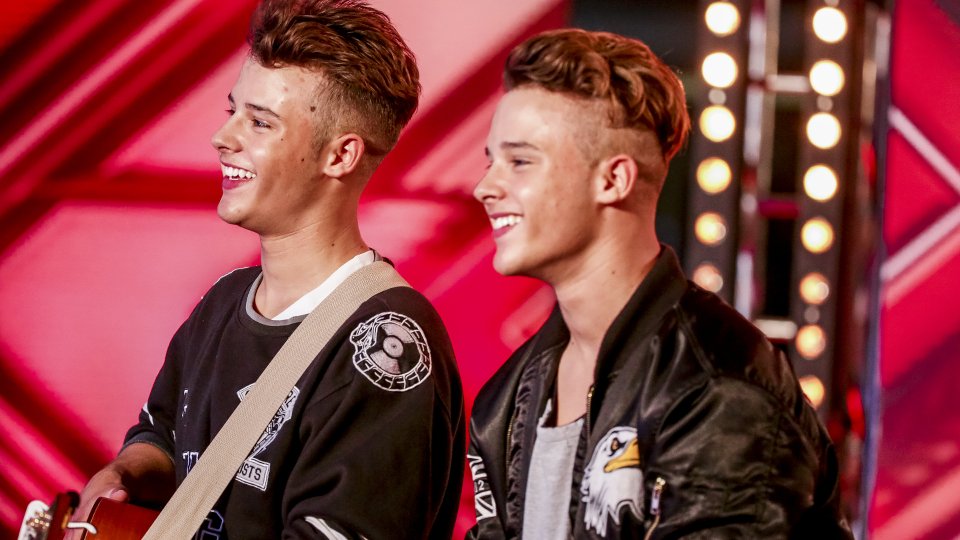 Judges, Simon Cowell, Nicole Scherzinger, Louis Walsh and Sharon Osborne are back for another episode of The X Factor 2016 as they attempt to find the next big UK music star.

The first contestant up was cheeky, Faye Horne who was overwhelmed by Simon’s good looks but managed to put a good show on. She sounded good even though she couldn’t control her facial expressions. The judges were swayed and put her through.

Lorry driver, Ritchie Stevens tried his luck singing House Of Pain’s Jump Around but failed to impress. Giving her best impression of Shakira’s, Whenever Wherever was Linda St Claire but yet again the performance failed to sway the judges.

Returning to the X Factor were The Brooks, who sang beautifully. Simon and Louis said it was a big improvement. Sharon said she liked the harmonies and that they had a lot of potential, Nicole Scherzinger echoed Sharon and said that they were cute. The boys were put through to the next round.

After the break it was Antonia Mirat’s turn to try and convince the judges that she had what it takes to become the next X Factor winner. Although it’s clear that Antonia can sing as a professional opera singer, her style didn’t seem to match the X Factor model. Simon thought that she was an good singer but couldn’t see it work every week on the night shows. Antonia was nevertheless put through to the next round. The next contestant, Zbigniew Bialczak came hailing from Poland and decided to sing Queen’s Don’t Stop Me Now, with little impact. The judges decided not to let him go through.

Hoping to make it through to bootcamp was Philippine-born, Ivy Grace Paredes who sang passionately and powerfully. I loved her voice and performance. Simon said it was incredible and one of the best he heard, Nicola called it ‘wanting it’ and Louis said it was sensational. Ivy scored for yeses securing a place in bootcamp.

Jamuna Gibbs tried to charm the judges but although her performance was really entertaining, the singing was pretty poor. Sharon said that she wanted to see her again and both Nicole and Louis decided to see Jamuna again putting her through to the next stage of the competition.

Aeron Smith was up next and finally there was a contestant that sounded like a potential contender for the final shows. Aeron’s voice was raspy and beautiful and his performance completely won over the judges, who seemed captivated. Sharon said that Aeron didn’t sing from his stomach but that there was potential there. Simon thought the chicks would like him. Lucky Aeron was good enough to be put through.

Sixteen year-old, Olivia Garcia sang Alicia Keys, New York. I thought she was a bit pitchy at times and shouted the chorus instead of singing it, which frankly was a bit awful. Louis thought that she looked like the perfect pop star, whilst Nicole said that another song could have served her a better but still all the judges thought that she was good enough to be put through to bootcamp.

Also returning to the show was Anelisa Lamola, who was simply amazing. Her rendition of (You Make Me Feel Like) Natural Woman was explosive and perfect. Sharon said that she knew she was a woman now! Louis liked her and Simon thought she was right to come back. The judges agreed that she deserved to be put through to bootcamp.

That concluded this week’s episode of The X Factor!

The X Factor 2016 will be back on ITV next Saturday.