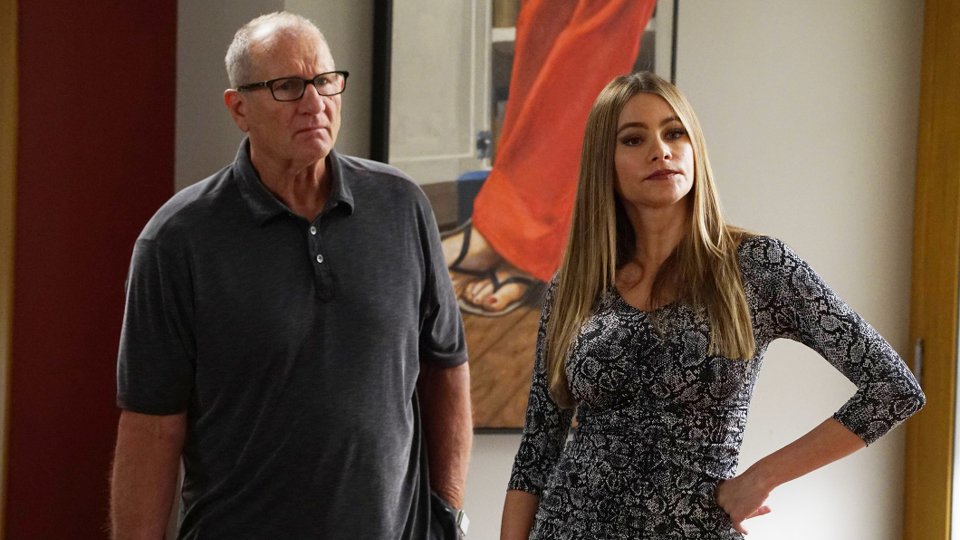 Is there a comedy on TV right now that’s better than Modern Family? Anyone reading this who even thinks to answer that question by saying ‘The Big Bang Theory’ should hang their head in shame. Seven seasons in and Modern Family is till as relevant, funny and addictive as it’s ever been with the continuing adventures of the Dunphys, the Prichetts and the Tucker-Prichett’s providing much hilarity. At the end of the sixth season Andy (Adam DeVine) had to decide whether to be with Haley (Sarah Hyland) or Beth (Laura Ashley Samuels) and Phil (Ty Burrell) attempted to intervene, despite being stuck in an airport at the time.

The seventh season of Modern Family picks up with the resolution to that storyline and with Mitchell (Jesse Tyler Ferguson) out of a job and driving Cam (Eric Stonestreet) crazy. Alex (Ariel Winter) meanwhile goes off to college early leaving a gaping hole in the Dunphy household and Jay (Ed O’Neill) and Gloria (Sofia Vergara) are starting to look at pre-schools for their son Joe (Jeremy Magire). Claire (Julie Bowen) is finding her feet working alongside her father and Luke (Nolan Gould) starts to grow up, which worries Phil that their relationship will change.

What makes Modern Family so successful is that it takes snapshots of real life situations and adds a comedic twist. There are many moments in the show that remind me of my own family, and the writers do a fantastic job of putting the characters in situations that result in huge laughs. As always, over the course of the season the characters get the opportunity to interact with one another in different ways and scenarios but it’s usually when the whole family is together such as the stand out episode Phil’s Sexy, Sexy House that the show really hits its best moments.

Elsewhere over the course of the season Gloria wins a self-help session with a famous doctor (Catherine O’Hara) that brings a lot of deep-hidden family resentment to the surface, Phil questions his place in the household when Claire gets a new position at work, and Manny and Luke raise the suspicion of their parents when they offer to babysit Lily (Aubrey Anderson-Emmons).

Modern Family may be following a tried and tested formula, but it’s one that is still working for the show. For my money it’s the best comedy to come from America and easily the best comedy on the air at the moment. The ratings may be falling slightly with each new season but I hope the show still has many years left in it yet.