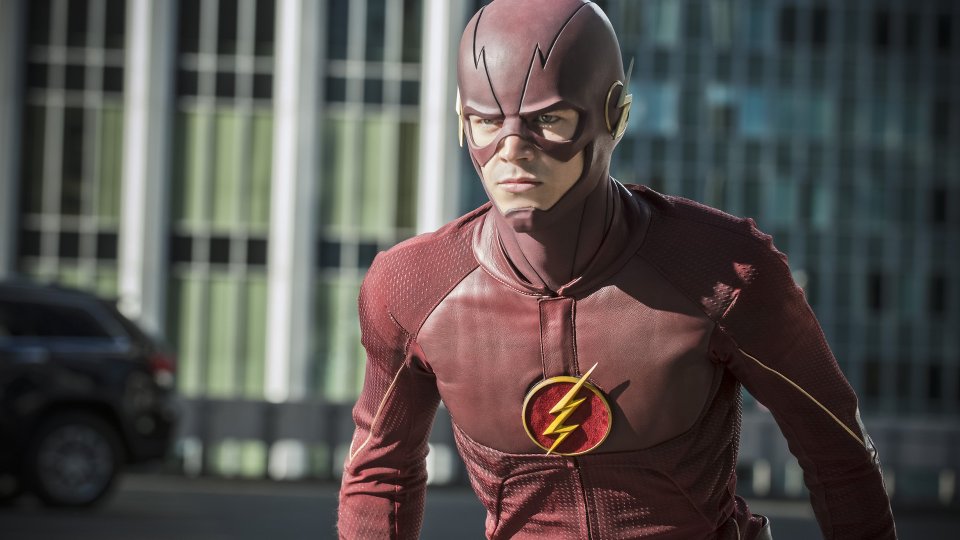 The Flash’s parent show Arrow may have struggled with its most recent season but that most definitely wasn’t the case for the Scarlet Speedster. After a near flawless debut season, The Flash returned with a strong second outing that almost reached the highs of its debut. With the Reverse-Flash (Matt Letscher) defeated and the fake Dr. Wells (Tom Cavanagh) exposed, the team is estranged as season 2 begins. After being visited by Jay Garrick (Teddy Sears), who is The Flash on parallel world Earth-2, the team discover that evil speedster Zoom is out to destroy The Flash aka Barry Allen (Grant Gustin).

Over the course of its second season, The Flash managed to avoid the sophomore slump and delivered a cohesive season packed with action, twists and turns. It’s true to say it all gets a little complicated as the multi-verse is introduced by the main focus is on Earth-1 (where Barry and co reside) and Earth-2 (where Jay Garrick is from). The show has a lot of fun with the parallel worlds, especially when Barry and Cisco head to Earth-2 and meet their doppelgangers. It’s one of the many moments in the season that’s playful and a whole lot of fun, while creating engaging stories and putting its own take on the comic book source material.

The focus for the majority of the season is Jay working with the S.T.A.R. Labs team to locate and stop Zoom before he destroys the world. There’s also the mystery of who Zoom really is behind his suit and that will keep you guessing right through to the big reveal.

A new arrival for the second season is Wally West (Keiynan Lonsdale), the son that Joe West (Jesse L. Martin) never knew he had. Wally brings a lot of teenage angst with him but he also provides a sense of family that Iris (Candice Patton) had missed due to the absence of her mother and gives Joe another opportunity to be a father. Of course it’s not all plain sailing but Wally integrates nicely into the cast by the season’s end.

Those who have seen season 1 will be left wondering how Harrison Wells manages to be part of the second season. With the introduction of the parallel earths, Harrison (or Harry as Cisco calls him here) is able to take over the position that season 1’s Harrison occupied at S.T.A.R. Labs but he’s a very different proposition to the doppelganger he’s replacing. Earth-2 Harrison also has a personal tie to Zoom that becomes clear as the season progresses.

Barista Kendra Saunders (Ciara Renee) is introduced during the second season with her character setting up the spin-off to DC’s Legends of Tomorrow where she is Hawkgirl. She actually works well with the cast here and her arrival doesn’t feel forced or unnatural.

The Blu-ray release boasts nearly 4 hours of special features including behind-the-scenes footage, a look at the Arrow crossover event, deleted scenes and a gag reel.

The Flash’s second season isn’t quite the near flawless run that its first season was but it’s a worthy follow-on from that stunning debut. Things are more complicated but the show keeps a nice balance of humour and action that’s worked really well for it up to this point. The season finale sets up a potentially huge shift for the upcoming third season and it left me desperate to find out what happens next.