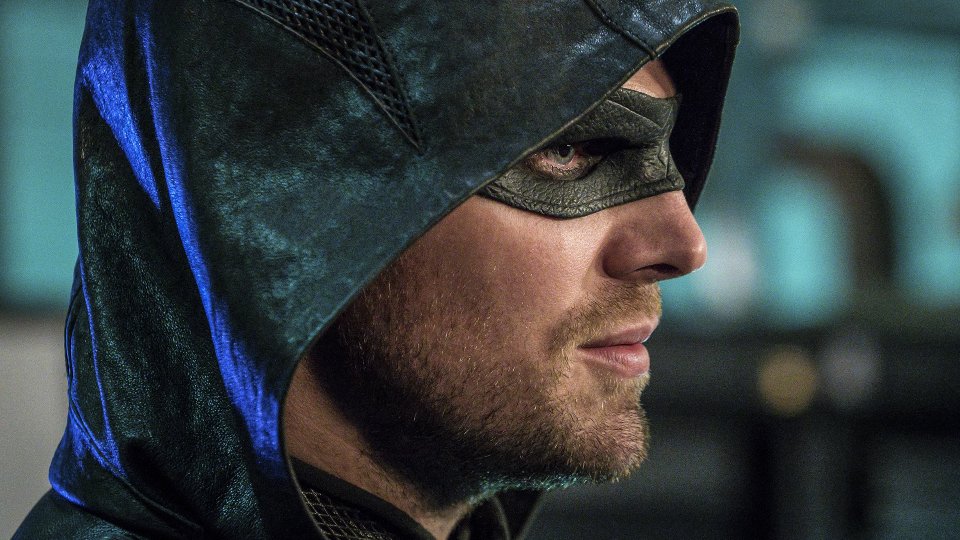 At the end of the third season of Arrow, Oliver Queen (Stephen Amell) rode off into the sunset with girlfriend Felicity Smoak (Emily Bett Rickards), seemingly leaving his life as the Arrow behind him. As the fourth season begins, Oliver discovers that Felicity has been secretly working with the former Team Arrow and he’s convinced to return to Star City to help battle secret organisation H.I.V.E. led by the mysterious Damien Darhk (Neal McDonough). Now known as the Green Arrow, Oliver slips back into his old lifestyle but tragedy, heartbreak and disaster lies around the corner.

Following three stellar seasons, Arrow sadly lost its footing pretty majorly during its fourth season. Forced to enter into the realm of the supernatural by spin-off shows The Flash and DC’s Legends of Tomorrow, Arrow had the difficult task on introducing superhuman abilities into a world that had previously been more grounded in reality. The big bad for the season is Damien Darhk, who uses magic to cause chaos and stay one step ahead of Team Arrow.

Many fans felt that the fourth season got bogged down with the drama of Oliver and Felicity’s relationship and the development of the big bad was lacking as a result. There was also the decision to kill off a major character that simply felt forced and angered many, including this reviewer. I won’t give the identity of the character away but it felt like a poor decision and an attempt to shock that sadly backfired on the show.

The season started to explore Oliver’s political aspirations, something that is a big part of his character in the comic books, and that aspect of the season worked quite nicely. Another thing I loved about the season was the introduction of Curtis (Echo Kellum), who works alongside Felicity and spends much of the season on the outskirts of Team Arrow. Curtis brought some much-needed light relief to the show and he quickly becomes a welcome addition to the cast.

There is also the messy set-up that led to DC’s Legends of Tomorrow meaning that characters such as Sara Lance (Caity Lotz), who is dead when the season begins, and Ray Palmer (Brandon Routh) who is missing and presumed dead. While I love both of the characters dearly, they unfortunately contributed to a season that wasn’t as well plotted or thought-out as the previous three.

Special features on the release include 4 featurettes, a look at the crossover event with The Flash, unaired scenes and a gag reel.

Arrow: The Complete Fourth Season is quite frankly a bit of a mess. The show seems to have lost sight of what made it so great in the first place and the resolution to the big bad arc is just plain bad. Unlike previous enemies such as Slade Wilson (Manu Bennett), Damien Darhk just didn’t cut it for me and the threat he had over the team never really upped the stakes in the way that it should. Despite it being a disappointing season, the cast do some great work with Stephen Amell continuing to be the show’s guiding light and Katie Cassidy finally getting some meaty scenes to deal with. I just hope that for season 5 the writers have gone back to the drawing board and can recapture what I, and many fans, loved about the show in the first place.