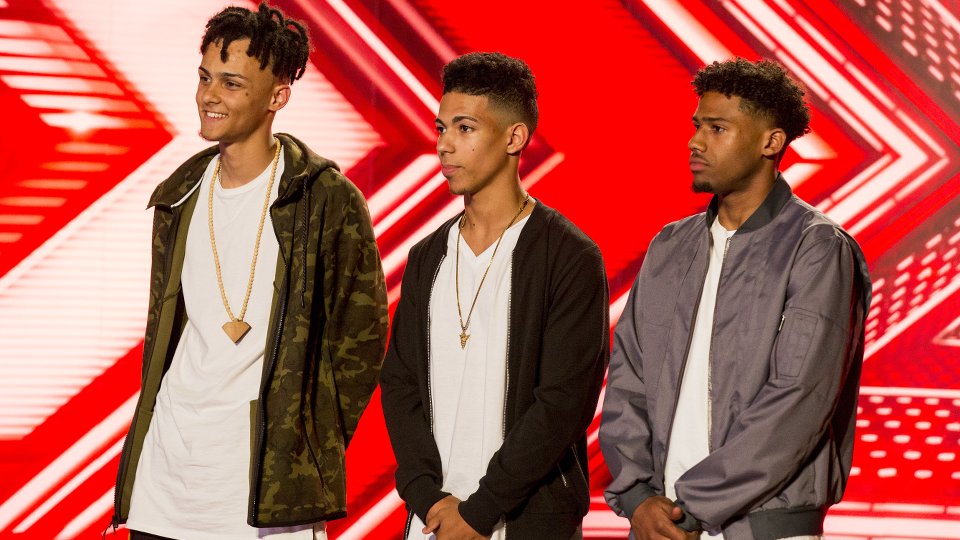 The X Factor 2016 is back this week and judges, Simon Cowell, Nicole Scherzinger, Sharon Osbourne, Louis Walsh and guest judge Mel B are looking for the most talented singers in the United Kingdom to become the next winner of the show and go on to start a music career. As every year the judges will be in charge of a category (girls, boys, groups and over 25s) they hope will win.

Tonight’s episode started with contestant Sanish Sambasivan who unfortunately didn’t sway the judges with his career plan. Sanish sounded like a child and looked exhausted by the end of his performance even though he forgot a lot of the words halfway through the song. Mel B said that he was nice but couldn’t sing and Simon echoed that saying that it was atrocious. Phillip Hadlow from Margate tried to impress by singing Never Gona Give You Up but unfortunately he didn’t even manage to sing the melody right. Instead Phil said that he wanted to become a judge on the panel, which Simon allowed. Christina Postma was the contestant who sang in front of Phil and although the audition was surreal Christina didn’t make it through.

Returning this year was Gifty Louise, who last year lost her voice during bootcamp and then was sent home. Gifty sounded better than I remembered and sang beautifully. Mel B said that she had a great voice but should give more, Simon said that Gifty had a great energy and Louis also said he liked her. Gifty got four yes’.

Also hoping to make it through to bootcamp was girl group, Girl Next Door. Although some of the girls sounded really good part of the group sounded a bit out of tune making Usher’s song, Yeah sound off. Sharon thought said that together they were good even though they weren’t the best singers, Simon said that they impressed him whilst Nicole didn’t think they were ready. Nicole didn’t give the girls a yes but Louis, Simon and Sharon both agreed that the girls deserved another chance.

Trio, 5am was up next and decided to impress with their performance of Drake’s One Dance. Along with strong vocals, 5am’s dance routine was on point. I loved it. Louis said they the group appeared to have fun, which made the judges have fun, Nicole said that the group had good energy and vibe but at times thought the band was really off, Simon said that there was potential. The boys were put through to the next round.

After a short break The X Factor 2016 was back with duo, Tramp and The Lady. Although the duo’s performance was intense and sometimes bizarre I can’t say I was overly impressed. Nicole said they didn’t look like they enjoyed it. The judges didn’t think they were good enough to go through. Kayleigh and Stephan thought they would impress the judges with Bohemian Rhapsody and Nicole, Louis and Sharon decided that crazy was good enough for the next stage of the competition. Simon on the other hand wasn’t sharing their opinions but they were through nevertheless.

He Knows She Knows sang Love Yourself and did an amazing job at it. The couple sounded true and had great chemistry. Nicole said that there was something great about them and Simon thought that she had controlled the audition and made it about the two of them. By the end of the performance we were also treated with a marriage proposal, which was very sweet.

75 year old, Peter Knox wanted to show off his vocals but failed to do so with a really poor performance. Peter isn’t a great singer and playing air guitar also didn’t work. Simon really disliked the performance and wasn’t alone. Ghila Pan came next and seemed to have mistaken The X Factor for Britain’s Got Talent, giving a really strange poetry recital. Kazzey looked positively bonkers too with his pink wig and rather poor song choice, which sounded bleak. Beck Martin sang his own song, Friday Night, which wasn’t great but strangely captivating, I couldn’t stop watching or listening to be honest and by the end of it was ready to buy the single. None of the contestants made it through to the next round except for gym manager, Beck Martin, who got three yes’.

The X Factor 2016 will be back tomorrow evening on ITV at 8pm.