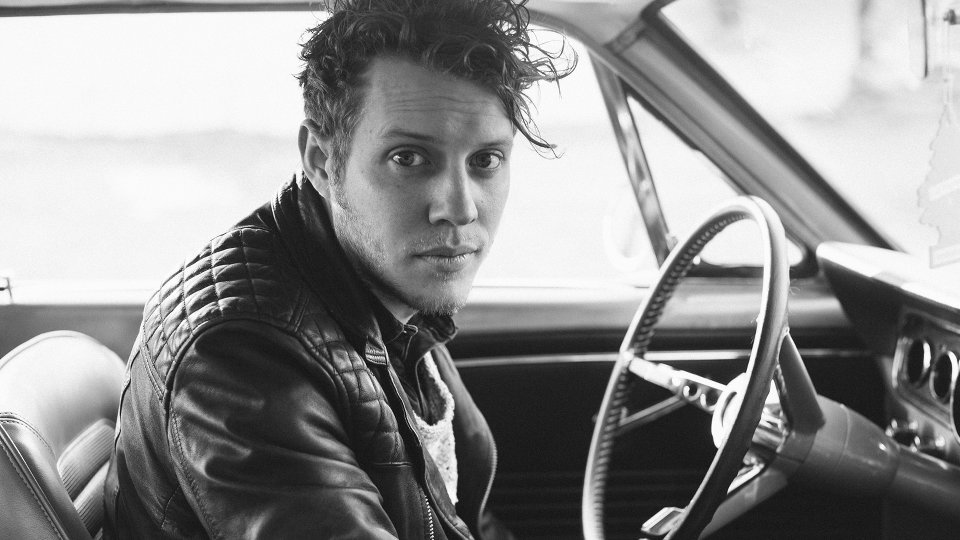 Anderson East. I’ve heard his name many times in the media recently, thanks to his new relationship with country superstar, Miranda Lambert. Without wanting to focus too much on his personal life, but due to the huge reaction and profile that this relationship has seen, Anderson East has been clocking up gossip column inches of late. He is literally the son of a preacher man and he learnt to play music from his parents (his mother was the church organist where his father worked). He hails from Alabama and his accent is thick and heavily drawn-out, just like you would imagine it to be. He has recently been on tour with the likes of Grammy winner Chris Stapleton, The Dixie Chicks and Jason Isbell. His debut album Delilah was released last year and it was very well received.

Entering the stage at London’s beautiful little Bush Hall, Anderson was full of life, accompanied by his magnificent band of musicians. From the get go, Anderson was here to put on a great show and his enthusiasm and love for his songs and performance radiated off him. He definitely reminded me of an artist from the 50’s/60’s, he has an old soul feel about him. His performance seems to flow naturally and after his first song, I thought: wow, this man is really good.

A few songs in, after thoroughly warming up the crowd, I heard what sounded like the intro to Always Be My Baby, by Mariah Carey. I thought: hmm, this must be a sample that he’s added to one of his songs. Little did I know that he was to cover the entire song and make it sound genuinely brilliant. I’ve now discovered that this is a duet that he has performed with Miranda Lambert live at shows. It was just a brilliant and unexpected moment. I’d never thought of Always Be My Baby to ever possibly be done in a rock-style and to pull it off to sound so genuinely good.

Another great moment was when the band members cleared the stage, to leave him standing there by himself with an acoustic guitar to perform two songs – Lonely and Keep the Fire Burning (a song about falling out of love with someone and then falling back in love with the same person). Given that the Bush Hall is such an intimate venue, this really felt special.

Likeable, funny, humble and so talented, Anderson really does have it all. When it comes to a live performance, he knows how to rock that stage to its core. Throughout the show he wanted to ensure that everyone had a great time. Song after song, he poured every ounce of soul and energy that he had in to them. His music might not be so well known yet on this side of pond as yet, but we sure hope that this will change.

If one was to compare him to somebody, it would be quite difficult to do. He is some sort of Otis Redding-Rod Stewart-Ed Sheeran-James Morrison hybrid, with a unique country-rock-soul edge. His voice just hits you with such power and rawness, and at times, it really does give you complete goose bumps. Interacting and entertaining the people in the audience so well throughout the show meant that Anderson really captured the hearts of everyone there.

Advertisement. Scroll to continue reading.
In this article:Anderson East