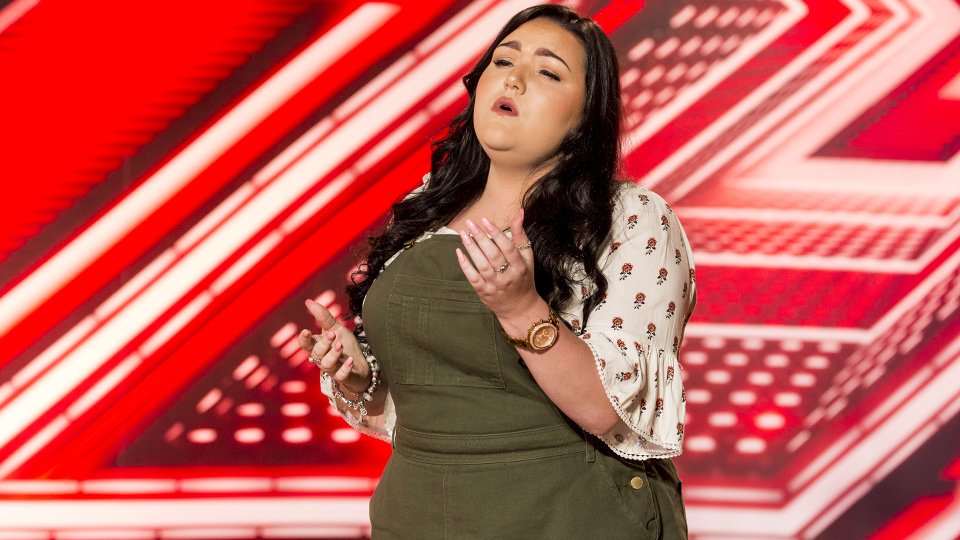 Kicking off the auditions tonight was Jordan Devine who decided to sing Robbie Williams’ Candy. Unfortunately Jordan was pretty terrible and Nicole called him ‘a precious little potato’ for lack of anything better to say. Louis on the other hand told Jordan he had ‘Irish charm’. All of the judges said no, so Jordan was sent packing.

John Brennan was next with a very lacklustre rendition of Lady Gaga’s Applause. Doing some seriously awkward dance moves that Simon called ‘painful’, John was given four ‘nos’ from the judges. Next in the room was Peter Richard, who looked very like Bono, and sang U2’s Beautiful Day (despite saying he doesn’t want to be like anyone else). The judges said no.

With a very low bar set, the next audition was nurse Paul McGuinness. He told the judges that he put his dreams to one side in favour of his education. Things were looking really good for Paul until he opened his mouth to sing Michael Jackson’s Earth Song. He was absolutely dreadful and seemed to be singing through his nose. Nicole started laughing when Paul snorted through the middle of his performance. Louis told Paul it was like he was ‘in pain’ and Sharon told him that he had a habit of singing through his nose. All of the judges said no and sent Paul home.

Niall Sexton had a lot of pressure on his shoulders when he walked into the audition room as Simon was just about ready to give up on Dublin. For his song, Niall chose Sara Bareilles’ Gravity and he was the first auditionee tonight that could actually hold a note. Nicole told Niall she ‘loved’ him and Sharon added that he could do great things with a bit of help. The judges unanimously voted to send him through to bootcamp.

Boots employee Connor McGinty continued the upwards streak with his performance of A Great Big World’s Say Something. He had a pretty powerful voice and he made sure that the judges were captivated by his performance. Connor got the easiest yes from the judges so far this series.

Janet Grogan, who previously made it to the six chair challenge in 2014, returned for another stab at being a big star. Simon remembered her and said he made a mistake when he dropped her from his category the first time round. Janet performed Zayn’s Pillowtalk and it was clear that she wowed the judges. Simon told her that she was ‘the best’ they’d had all day and all of the judges voted to send her through.

The feeling of dread was strong when we were introduced to Ottavio Columbro. The feisty fashion PR student was dressed like a hot mess and spent a lot of time kissing Sharon’s backside. Simon stopped Ottavio and told him his audition was boring, which led Ottavio to tell them that he was going to audition with his friend Bradley Hunt but they argued over uncooked chicken. We wish that we were making this up but it actually happened. Ottavio then burst into tears, as did Bradley who was waiting to audition.

Simon asked to see Bradley, who looked horrified at what Ottavio had told the judges, before he made a decision on Ottavio’s audition. Bradley explained his side of ‘chicken gate’ before he launched into a surprising rendition of R Kelly’s Ignition. Simon said that he thought that both Bradley and Ottavio were OK individually but Louis told them they should audition together. Bradley agreed to talk with Ottavio and see if they could work things out and audition together.

Following that mess the auditions continued and the judges couldn’t agree on drag act The Vixens or a girl duo. We don’t think any of those acts made it through to the next round.

Ottavio and Bradley returned to the audition room to see if they could get through to bootcamp as a duo. They performed the Pussycat Dolls hit Buttons, which Louis claimed he’d never heard, but they didn’t impress Simon who said they were worse together. The other judges put them through and Simon wasn’t happy. To be fair, we were on Simon’s side on this one.

Before the next audition, Simon received a surprise visit from his son and it was rather odd seeing him being affectionate!

Next into the audition room was Welsh singer Kayleigh Marie Morgan, who chose to sing With You from Ghost The Musical. Prior to her audition Kayleigh spoke emotionally about the relationship she has with her step-father, who she called her ‘rock’. Sharon was absent for Kayleigh’s audition but the other three judges held back the tears as Kayleigh sung her heart out. Nicole told Kayleigh that she was scared of her in the best way and told her she ‘born to do this’. Louis called her a ‘powerhouse’ and the judges argued about who was going to give her the first yes.

The X Factor continues tomorrow night at 8pm on ITV.