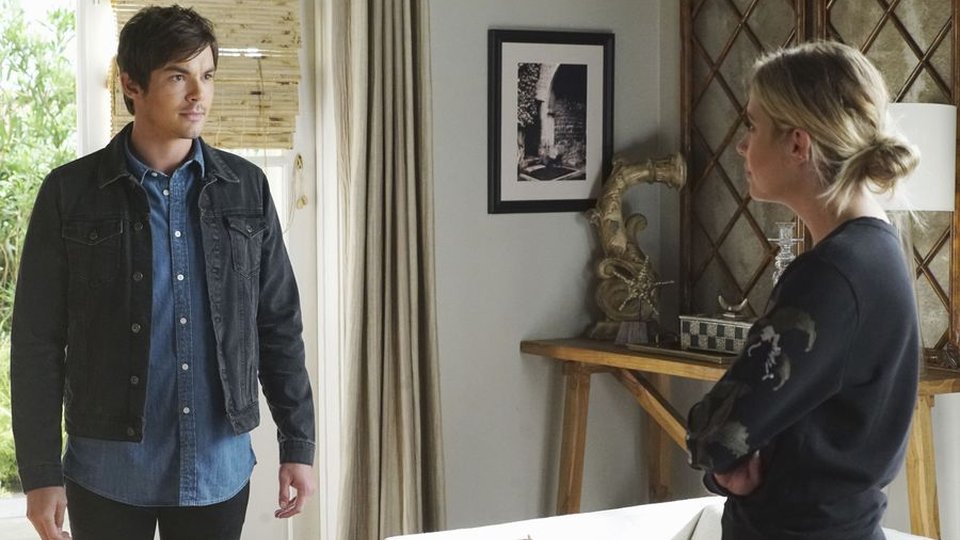 Pretty Little Liars will deliver one of its most shocking episodes yet when the summer finale arrives this week.

The promo teases a major character death (our money is on Jenna or Noel) and the identity of Mary Drake’s (Andrea Parker) long lost child is expected to be revealed. All signs point to Noel Kahn (Brant Daugherty) but if there’s anything we’ve learned from PLL these past 7 years, it’s that the show often throws plenty of curveballs before a reveal.

Last week’s episode saw Aria (Lucy Hale) and Jason (Drew Van Acker) get their hands on the adoption paper work for Mary’s second child but all of the information was redacted aside from a signature, which belonged to Noel’s father. Hanna meanwhile attempted to find out if Noel was A.D. and the episode closed with her knocking him out at his parent’s cabin.

Ahead of the summer finale, feast your eyes on two sneak peek clips from the episode below:

Paige drops off papers to Emily

Tune in to Freeform at 8/7c tonight in the US and Netflix in the UK tomorrow to see the episode.