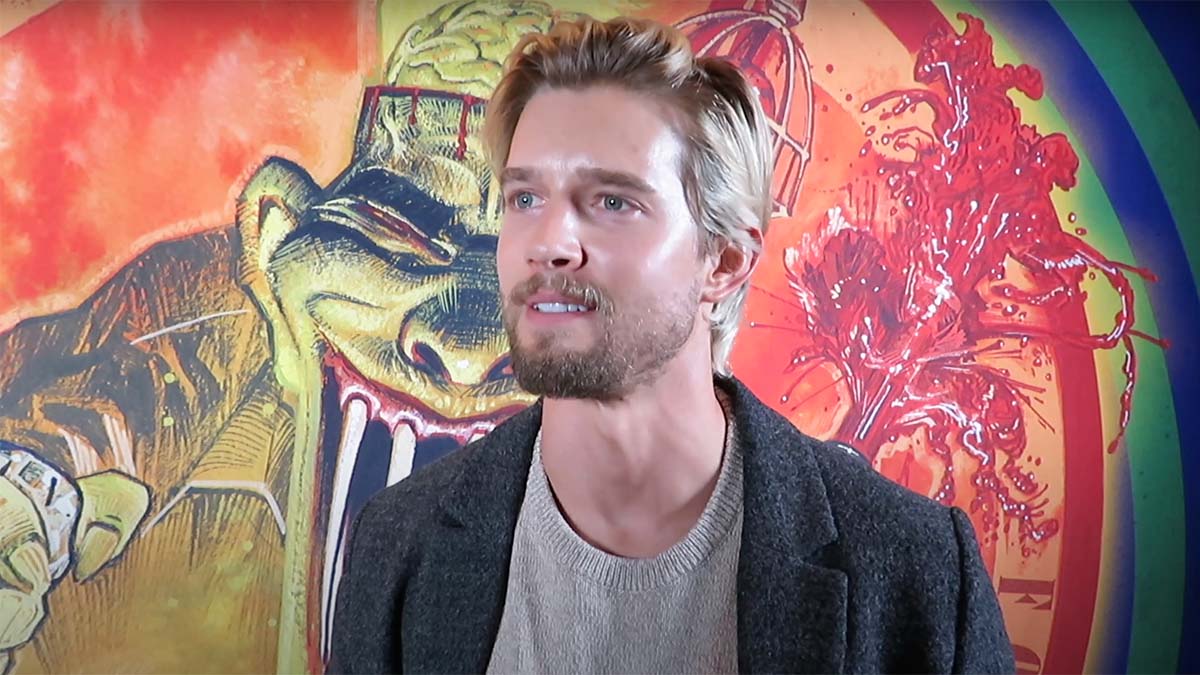 Ahead of the World Premiere of ‘Last Survivors’ at Arrow Video FrightFest Halloween 2021 we caught up Drew Van Acker (‘Pretty Little Liars’), one of the lead stars in the film.

Unfortunately our camera packed in mid-way through the interview but you can see part of the interview above. Thankfully, we managed to capture the rest on audio so we can still tell you what we discussed.

Continuing where the video left off talking about working with co-stars Stephen Moyer and Alicia Silverstone, Drew shared:

“It was something that I fed off of. For me, it was really just about focusing on the work I had done before getting to set, and really just being in a moment with them. I kept telling myself, ‘just be here and just be present with them’. They’re both so talented on so many levels that it was quite easy once we got into the swing of things.”

‘Last Survivors’ is the second time that Drew has worked with director Drew Mylrea following their collaboration on ‘Spy Intervention’. Speaking about why he enjoys working with the director, Drew commented:

“He’s immensely talented, for one, he’s focused and he’s prepared. With a film like this that’s priceless. You come and you have very little time, and you have a lot to shoot and a lot to get done. It’s so important to have the captain of the ship know what he wants, how to get it and where to get it. He just makes it very easy. He knows how to speak to actors, he knows how to speak to his crew and his DP. To have someone like him helming the ship is pivotal because it makes our job a lot easier. I’d work with him three or four more times if I could.”

In terms of what’s coming up next, Drew teased:

“We’ll see. I’ve got a couple of projects in development, one with my producing partner Sunil (Perkash). We’re trying to get some things off the ground.”

Find out what we thought of ‘Last Survivors’ by reading our review.

Read all of our ‘Arrow Video FrightFest Halloween 2021’ coverage.