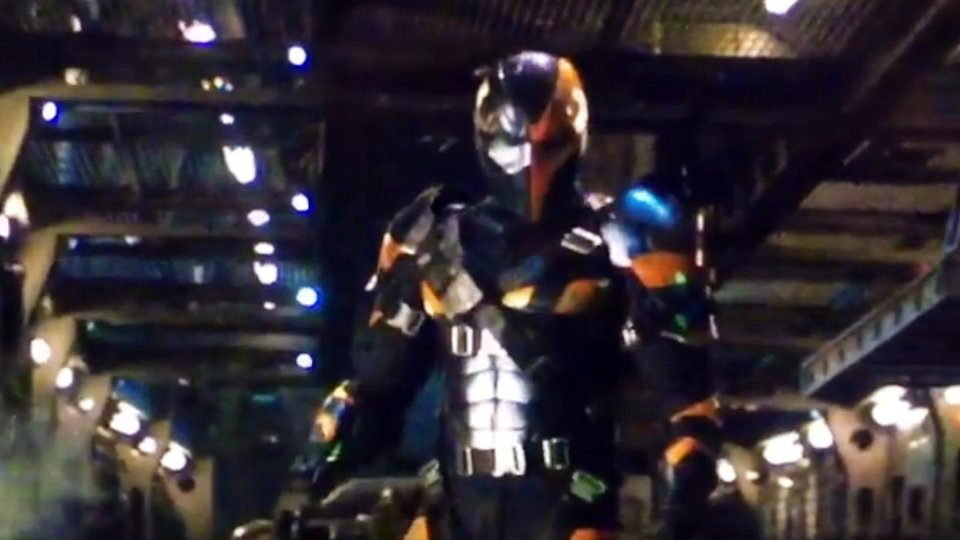 With no explanation, Affleck lets the video do the talking as an (as yet) unknown actor commands the screen as the popular DC villain.

The character – real name Slade Wilson – doesn’t have superpowers per se, but he can certainly stand his ground against Batman.

He first appeared in The New Teen Titans in 1980 and has featured all over the DC Universe, coming up against the likes of Green Arrow, The Flash, Green Lantern and of course Batman.

It’s unclear whether this footage relates to the upcoming Justice League movie or Affleck’s solo Batman movie (which is more likely) but it has certainly peaked interest in the DC cinematic universe once again.

Check out our review of Batman v Superman: Dawn of Justice

Check out the Deathstroke video below:

In this article:Batman, Ben Affleck, Deathstroke, Justice League, The Batman