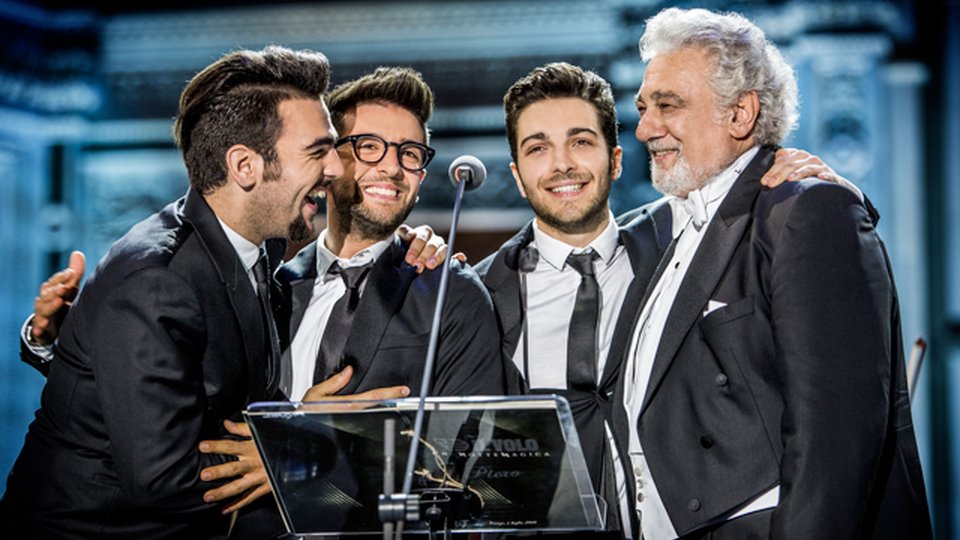 Il Volo will release new album Una Notte Magica on 30th September 2016 it has been announced.

The album captured the trio’s special one off concert in front of a capacity crowd of 6,000 people in the magical setting of Florence’s Piazza Sante Croce, early this summer in July where they paid homage to The Three Tenors. The evening saw Il Volo team up with Placido Domingo, one of the original members of The Three Tenors.

“A tribute to such artists and to such an event could be considered presumptuous, but in fact it is not, as we have not the slightest thought of comparing ourselves to our idols who will be forever our artistic inspirations,” say Il Volo.

Una Notte Magica will be released on CD, 2CD/DVD and digital through Right Track Records and distributed by Universal Music.

The track listing for Una Notte Magica is:

Earlier this year Il Volo released their new studio album Grande Amore and they have just completed a 50 date world tour. The group will embark on their next world tour in March 2017 in North America.