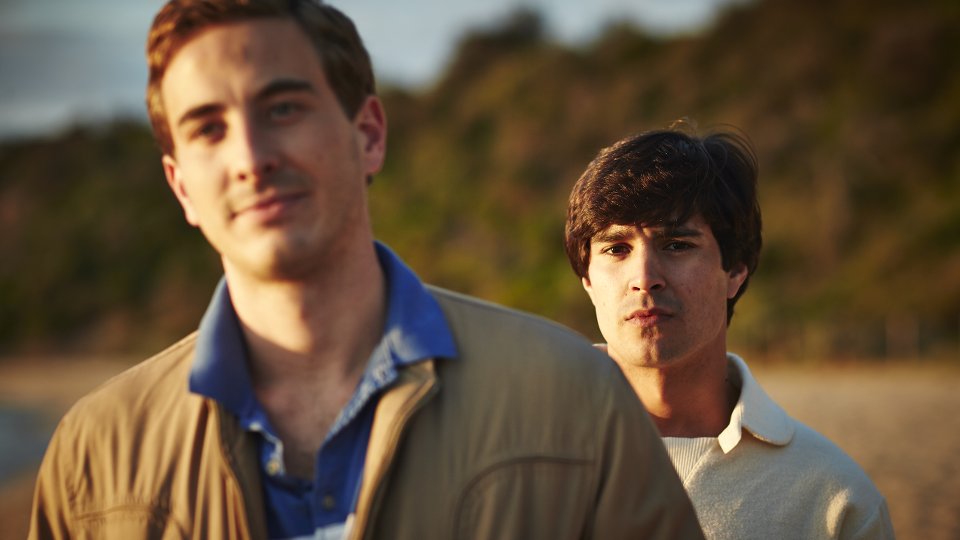 Tim (Ryan Corr) and John (Craig Stott) meet one another when they are students at Xavier College in Melbourne, Australia. As they get to know one another Tim starts to fall in love with John but his advances are initially rebuffed. Eventually John admits he too has feelings for Tim and the two boys start a relationship. John isn’t quite as ready as Tim to take their relationship into sexual territory but soon the two boys become infatuated with each other. Holding the Man tells the story of their relationship from the 1970s until the 1990s.

Holding the Man is based on the memoir of the same name by Timothy Conigrave, which has been adapted for the screen by Tommy Murphy, who wrote the stage play, and directed by Neil Armfield. At its heart Holding the Man is a love story that takes place throughout three decades during a time when homosexuality wasn’t as widely accepted or embraced as it is now. Tim and John’s relationship is exposed early on in the film by one of their teachers who warns them to be careful so that everyone doesn’t find out about them.

Things get further complicated when the boys are caught having sex during a study break with friends and then the inevitable realisation for both boys’ parents has serious repercussions for the two. Holding the Man switches between time periods during its 128-minute run time teasing what’s to come for Tim and John.

Much of their relationship plays out during the 80s with the identification of the epidemic of AIDs looming over the couple. The warning signs are there when Tim tells John he wants to have sex with other people and during a trial separation Tim throws himself into hedonistic sex with many men from his acting class. The impact Tim’s desires have on his relationship with John provides a lot of the conflict in the film’s second act and leads you to the inevitable and tragic conclusion.

Ryan Corr and Craig Stott give wonderful performances as Tim and John. Initially I was sceptical that I could buy the actors playing teenagers but eventually I went with it and didn’t really notice that they looked way too old for the ages they were supposed to be. It’s testament to their performances as in the hands of lesser actors it could have come off a bit ridiculous. Corr is the standout infusing a playful and mischievous nature into Tim. The film features a big name supporting cast that includes Guy Pearce and Anthony LaPaglia as Tim and John’s fathers respectively.

The disc’s special features take you behind-the-scenes of the movie for in-depth interviews with the cast and crew. It gives an extra insight into the background of the movie with Corr and Stott talking about researching their characters and explaining why they wanted to be part of the production.

Holding the Man is an engaging, funny and tragic story with a youthful romance at the centre. You know from the start how the story is going to end but watching how it gets to that part is engrossing. With strong lead actors and plenty of emotion, Holding the Man shows that there is hope in situations where it feels like there’s none and it’s surprisingly optimistic given the weighty subject matter it tackles.

In this article:Holding the Man, Peccadillo Pictures