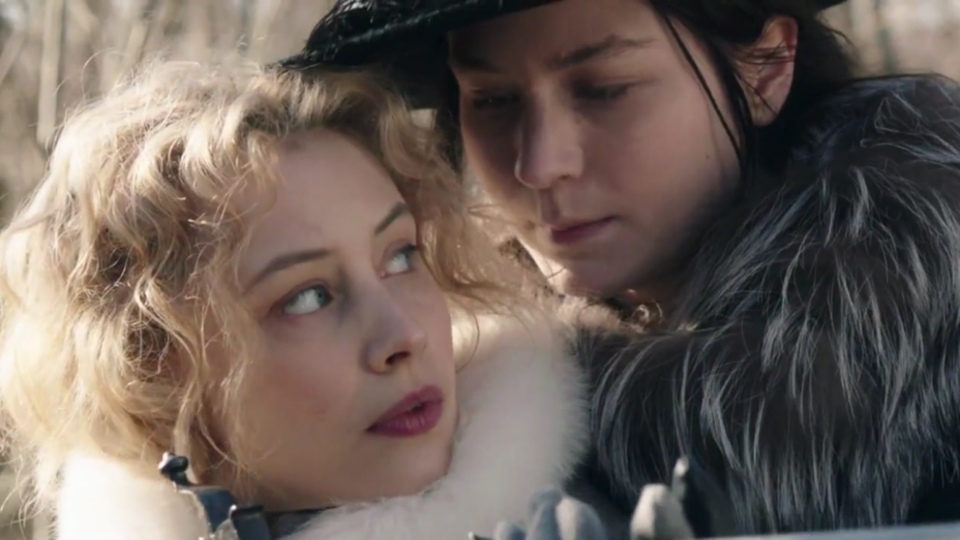 The Girl King, directed by Mika Kaurismaki (older brother of Aki), is out now on DVD. The film is a sumptuous vision of the story of Sweden’s ‘virgin queen’ Kristina who ruled in the 17th Century and whose life story has been a constant source of fascination and speculation.

In 1632, at the age of 6, Kristina Vasa became the first native, female sovereign of
Sweden. Raised as a prince under a conservative Lutheran court, Kristina grows up with ideas for modernizing Sweden and bringing an end to war. Upon her ascent to the Swedish throne, Kristina is thrust into a labyrinth of power in a court dominated by men.

They believe she has no other destiny than to marry and have an heir for the good of the kingdom. Kristina refuses and instead pushes to modernize Sweden. She has many suitors, however Kristina becomes interested in her lady-in-waiting, the beautiful and elegant Countess Ebba Sparre.

Torn between reason and passion, Kristina is faced with choosing between her country, her religion and living as “who she wants to be”.

To be in with a chance to win one of three copies of The Girl King on DVD, all you have to do is answer the question below.