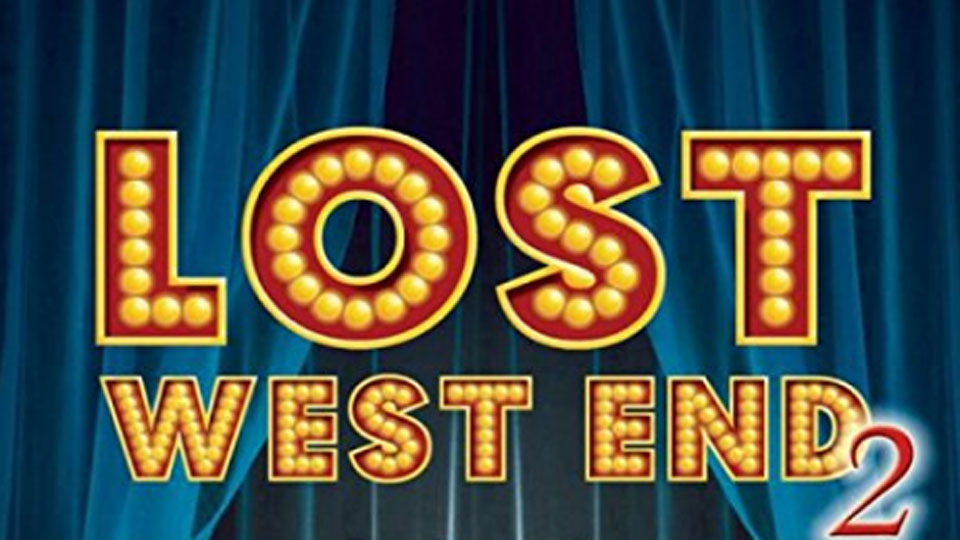 Lost West End 2 is the second volume of Stage Door’s magnificent efforts to trawl the archive of the London stage to bring back into the light of day hits from short-lived musicals from the 1970s to the 2000s. With twenty-two tracks recorded to an excellent standard, this is a packed compilation, and the album features some of the biggest names in musical theatre, making it a must for students and enthusiasts alike.

Whereas the first volume, Lost West End, captures the imagination from the off, Lost West End 2 is more of a slow-burner, with no real standout tracks in the opening half dozen. Bordello captures the Parisian bohemian style, but labours under lacklustre lead vocals, but it’s more of a grabber than Drake’s Dream, from a musical based on the life of Francis Drake that seems to have sunk without trace faster than the Spanish Armada. It’s on a par with the music hall knees-up of Winnie that follows, in a musical about Winston Churchill that may have left the old boy spinning in his grave.

There’s the refreshing change of a Liverpool accent on Damsels in Distress, from Aftershave, the West End’s first all-female cast. However, valid historical significance aside, the song is terrible. If you’ve got this far though, things pick up, and very quickly. Whatever Time There Is features the vocal talents of Michael Crawford, a long-time leading musical performer. It’s a fascinating song from a show that seems to have raised some interesting philosophical questions, and was the first on this collection to intrigue us into wanting to know more about the show.

From this point in the album, the hit to miss ratio is very much in favour of the hits. Waiting and Hoping features a stunning vocal performance by Stephanie Martin in a musical about the life of Napoleon Bonaparte. The emotions are ratcheted up yet another level with Imagine This, which is performed by the full company, and is taken from a musical set in a Jewish community within Poland in WWII. Makes the hair stand on end. One of the highlights, for us.

Whilst the story is rather more banal, there’s a lot to like about The Man Behind the Mask, not least leading West End performer Hannah Waddingham’s lead vocals. Her fans will be well-advised to check out this track – it showcases the work of an amazing performer. Another leading light of the West End, Colm Wilkinson (Jean Valjean in the original London cast recording of Les Miserables) lends his unmistakable vibrato to The Least of my Troubles from Blondel – not the best-known of musicals Tim Rice has written for – and from this rather pleasing track alone to go on – it’s hard to see why it’s not better-known.

James Dean fans may be familiar with 1977’s Dean, the musical based on his life. Running Out of Time is a catchy number that evokes the late-70s extremely well (there are echoes of Bowie’s output during the era). My Body’s Weary goes the full soul, with a belting performance from Esther Byrd. Astonishing to think it’s from a musical based on The Merchant of Venice – perhaps the juxtaposition explains why it didn’t find an audience in 1977? More than Earth is taken from Galt MacDermot’s Isabel’s A Jezebel – his follow-up to Hair. You can tell! Tree-huggers will adore this one.

Perhaps the most fun track on the album is It’s So Much Fun to Be Gay. Set to a Latin beat, with catchy melody and lyrics, you’re guaranteed to be singing along to the chorus on the very first listen. Tremendous stuff, thanks also to Jonathan D Ellis’s energetic and humorous performance.

Two more of our standout tracks come close to the end. I’d Die For You, performed by Sally Ann Marsh, is a traditional musical love-song, but it’s undeniably well-structured. Perhaps Voyeurz is overdue a revival? Fire With Fire is the product of the multi-talented Daniel Abineri, who wrote, directed and starred in Money to Burn, from which the piece is taken. He performs the seductively charming vocals of a husband plotting the murder of his wife. The stunningly cool song sounds best at high volume.

Those who have followed Stage Door’s catalogue will be familiar with tracks taken from Jack the Ripper and The Importance which are also included. Like the rest of their releases, Lost West End 2 comes with detailed and well-researched sleeve notes giving a potted history of each production including the venue it was performed at, its duration and the talent involved.

Save for a few uninspiring efforts that get the compilation off to a slow start, Lost West End 2 is, like its predecessor, a fascinating and compulsive trip into the forgotten corners of Shaftesbury Avenue, and it contains the hopes and dreams, the inspirations and the countless hours of toil from some very talented people. This isn’t an ode to failure, but a reminder of some hidden gems. Lovers of British musical theatre have to have this in their collection.