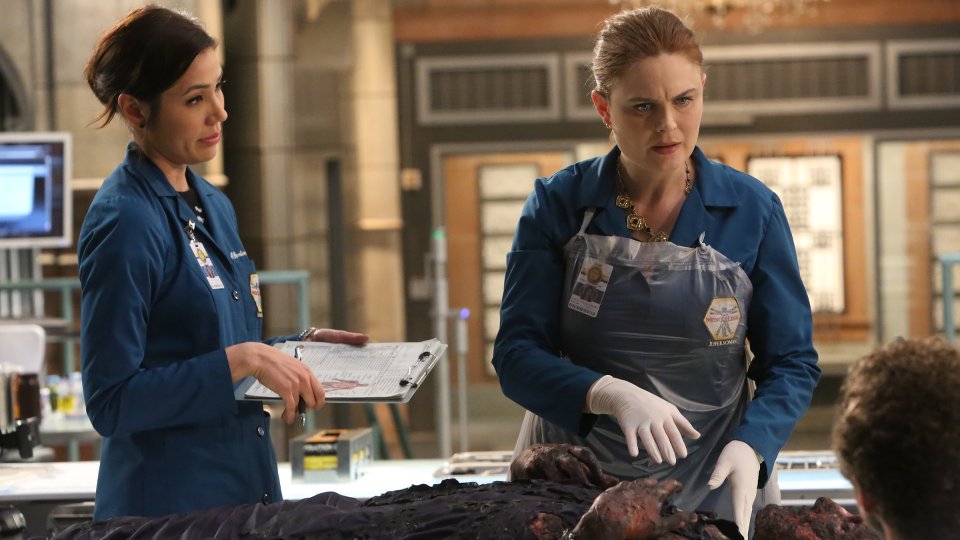 The arrival of a French inspector set the Jeffersonian team on the path to solving a jewel heist and a murder on the latest episode of Bones.

Inspector Rousseau (Sebastian Roche) offered his help to Booth (David Boreanaz) and Brennan (Emily Deschanel) as they attempted to solve the murder of a body found in a glass recycling plant with a diamond in its jaw. Their search led them to the victim’s husband (Gilles Marini) but they soon found out that the victim’s real killer was the man she’d been having an affair with.

Elsewhere in the episode Booth reluctantly got his eyes tested and found out he needed glasses, and Hodgins (T.J. Thyne) experienced muscle spasms signalling that he may be able to walk again.

The season finale is The Nightmare Within the Nightmare. The team reopen the case of the serial killer dubbed The Puppeteer: one of Brennan’s biggest regrets.