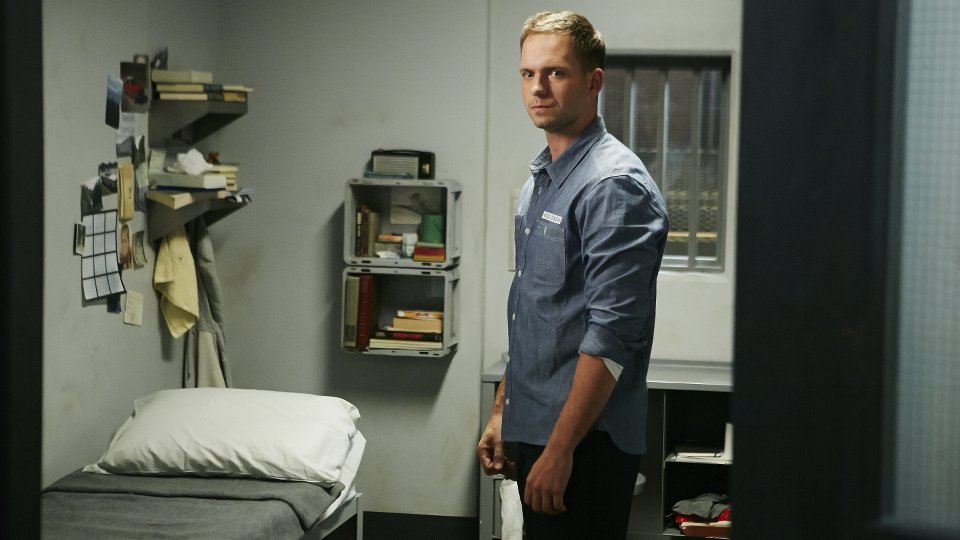 Mike Ross (Patrick J. Adams) took a gamble that didn’t pay off on the season 5 finale of Suits.

He decided to turn himself in to Anita Gibbs (Leslie Hope) and accept a plea deal when he thought the jury would return a guilty verdict. Thinking he’d taken the lesser of two evils, Mike was distraught when Harvey (Gabriel Macht) told him that the jury was going to find him innocent.

With Mike now in prison, Pearson Specter Litt hit the skids as news circulated about them covering up a fraud. Jessica (Gina Torres), Harvey and Louis (Rick Hoffman) returned to their offices to find all of their staff gone.

The first episode of the new season is To Trouble. Mike transitions to prison life; and Harvey and the others cope with the fallout of Mike’s plea deal and try to stop what’s left of PSL from collapsing.