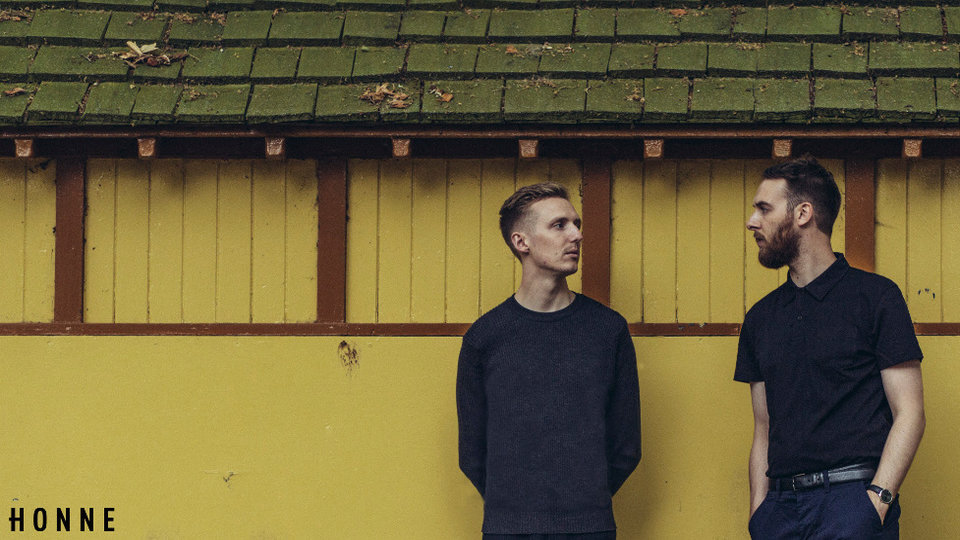 HONNE will be releasing their debut album, Warm On A Cold Night next week via Atlantic Records. The album release follows the band’s successful sold out European and US tour, which included shows at London’s Brixton Electric and New York’s Bowery Ballroom. HONNE also confirmed that they would be performing at major festivals such as Glastonbury, Latitude and Ibiza Rocks this summer and plan on headlining their own shows very shortly after.

HONNE’s latest single, Someone That Loves You features pop sensation Izzy Bizu and has already been streamed over five million times and cracked the top 10 iTunes Electronic chart.

The band is made of singer Andy and multi-instrumentalist James, who first bonded over their shared upbringing in South-West England; then, the more evocative, US West Coast grooves of their record collections, and a mutual fascination with Japan.

Warm On A Cold Night was the first song the band ever finished and also the title of HONNE’s debut long-player. Between sell-out their sell-out shows and million streams its clear that HONNE have a following that will remain faithful to them.

Warm On A Cold night will be released on 22nd July and the track list is below: