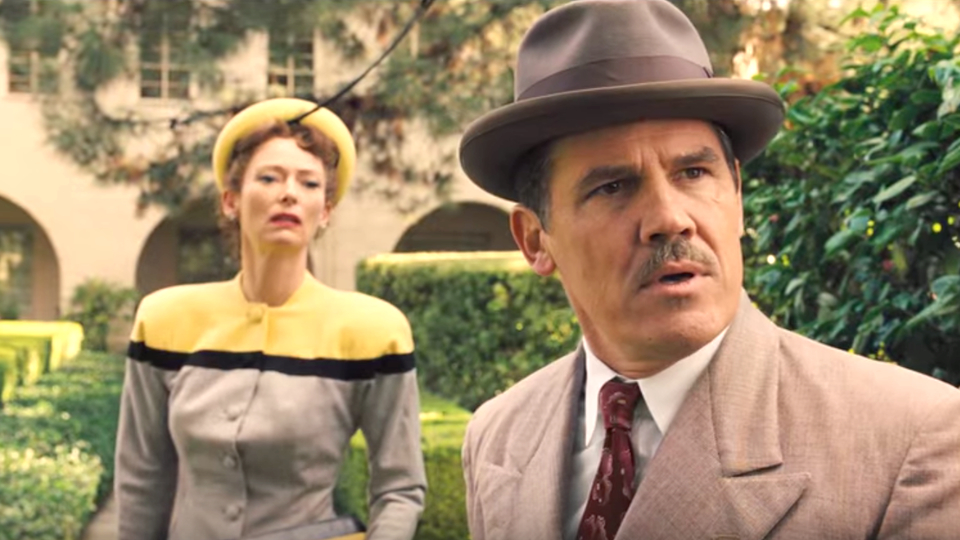 The Coen Brothers return for more off-beat humour in this hilarious but slight effort. Rarely has the golden era of Hollywood been so accurately portrayed, with George Clooney perfectly cast as Baird Whitlock, a huge studio star who gets kidnapped and held to ransom by a mysterious group of men with a secret agenda.

Enter the studio’s ‘fixer’ Eddie Mannix (a sensational Josh Brolin); a man responsible for handling every dark secret the studio is trying to hide. As well as cleaning up all manner of official studio indiscretions, Mannix is also struggling with a lucrative job offer that will take him away from the Hollywood circus he so loves. Brolin is a real joy to watch and is the main reason why the film succeeds.

The attention to detail here is staggering, with Hail, Caesar! paying perfect homage to a much-loved, bygone era of filmmaking. The tone always keeps things ticking over nicely, even though the story loses momentum towards the end. The Coen Brothers unmistakable brand of humour works exceptionally well in this environment, with ridiculous situations and events that really utilise their razor-sharp wit.

This ensemble is amazing too with Channing Tatum delivering a sensational musical number midway through the film that could easily sit alongside the all-time greats. A scene-stealing turn from Ralph Fiennes as director Laurence Laurentz is a particular highlight as are his interactions with Alden Ehrenreich as Hollywood new golden boy Hobie Doyle. Ehrenreich perfectly captures that star-making essence and innocence of the era and is an utter joy to watch.

Being a Coen brothers film, there are great little cameos to be found in almost every scene. Scarlett Johansson is brilliant as a gorgeous starlet with the mouth of a sailor while Tilda Swinton delights in a double-role as duelling, gossip columnist twin-sisters. Veronica Osorio gets hearts fluttering, Jonah Hill features in a blink-and-you’ll-miss-it cameo and even Frances McDormand shows up for a memorable turn.

Hail, Caesar! certainly has one of the best ensembles you’ll see this year. The story is pleasant and engaging but ultimately there isn’t much to it. You’ll realise this about half-way along and then you’ve got a choice to make… let it bug you or just go along for the ride and enjoy the craziness. I did the later and enjoyed the journey a lot more.