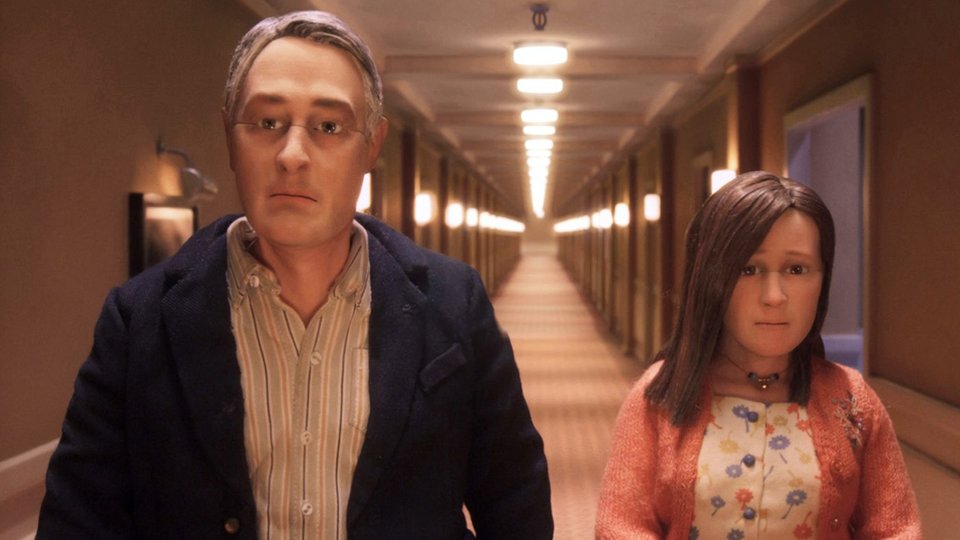 Charlie Kaufman absolutely nails the concept of the mundane in this glorious ode to everyday life. Having written the likes of Eternal Sunshine of the Spotless Mind, Adaptation and Being John Malkovich, quirk is certainly a trait well represented in his work, and on the surface Anomalisa could easily have been overlooked as just a gimmick movie. Thankfully this isn’t the case – it’s probably one of the most humanising stories you’ll ever see… and all achieved without a human in sight.

Michael Stone (voiced by the brilliant David Thewlis) is a man trapped in his own normal existence. Whilst on a work trip, he meets various people at his hotel, including attendees to his seminar and an ex-flame whom he hasn’t had closure with. What transpires is a fascinating journey of self doubt, repression, angst and regret that shows how similar we all are, especially when ‘life’ gets in the way.

This was based on Kaufman’s own play, written under his pseudonym ‘Francis Fregoli’. Co-directed by Duke Johnson, this is a painstakingly beautiful animation that draws you in and connects on a very relatable level. Anyone that’s ever stayed in a hotel can vouch for its authenticity right from the start and it’s these moments that stand Anomalisa apart as a human interest story.

Jennifer Jason Leigh provides the voice for one character and Tom Noonan does the rest in this affecting dramatic ‘play’, with a sweet sprinkling of comedy thrown in too. Thewlis leads the line exceptionally well with Kaufman’s encompassing words doing a remarkable job getting the audience vested in the characters. The stop-motion animation is glorious and at times even uncomfortably brilliant, especially when Michael interacts on a very personal level with some of the other characters.  But again, this is a movie that takes concepts that aren’t traditionally used together to form a very unique viewing experience, punctured with a deeply involving story.

Anomalisa’s greatest achievement is its unwavering pursuit to accurately portray the exact details of our daily routines, thus giving forth a surprisingly heartfelt and sincere account of modern living. Touching, relevant and extremely astute, this is a revelatory film which proves that deep characterisation is at the centre of any great story. A stunning existential experience.