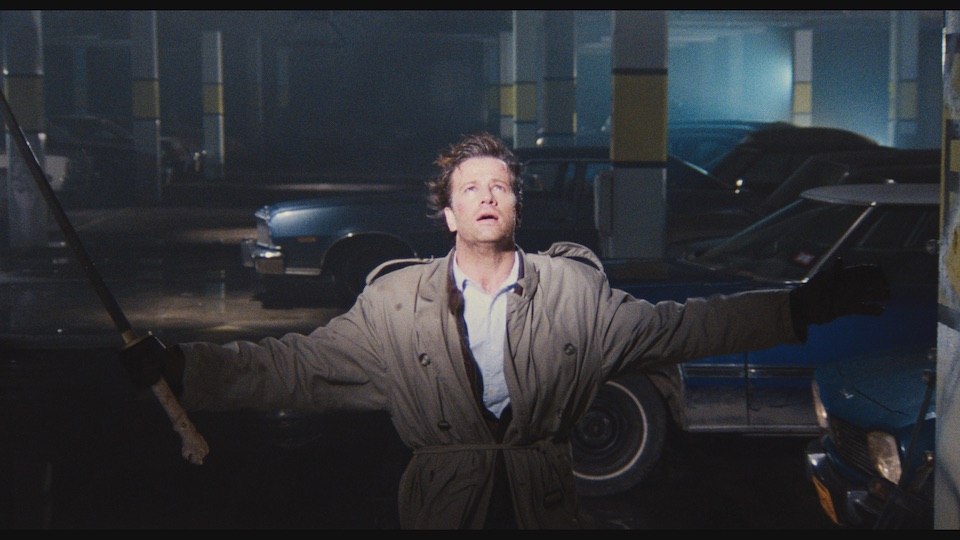 To celebrate the 30th anniversary of Highlander, the 1986 cult classic has been lovingly restored in digital 4K for a brand new blu-ray release. The film, as I’m sure you all know, is about Connor Macleod, an immortal man living through the ages. An exotic mix of violent swordplay, sweeping mythology, overblown romance, and rock music aesthetics, Highlander is one of the great movies from the 1980s.

The action moves from the clans of 16th century Scotland to New York in the 1980s. Played by French actor Christopher Lambert, Macleod is part of an ancient war between the race of immortals, that is finally nearing its end. Because after all, there can be only one.

This is pure cult cinema. There’s a Frenchman playing a Scotsman. A Scotsman playing an Egyptian. And a giant American stealing the show as a terrifying barbarian called the Kurgan. Add to that a soundtrack by Queen, and the rock video style direction of Russell Mulcahy and you have a film that despite all its bizarre ingredients is still going strong 30 years later.

This release predictably comes packed with bonus features, kicking off with an audio commentary from director Russell Mulcahy. There is also a brand new interview with Mulcahy, where he talks in depth about his career, starting out editing news footage in Australia, to his big break shooting pop promos in the UK. He has terrific anecdotes about the Highlander shoot, including the trials of working with a megastar like Sean Connery. He tells a great story about rushing through a series of generic reaction shots in front of a plain background, so they could wrap on Connery without having to pay him another 500k!

There are two interviews with Christopher Lambert – one new and one from the archives. The interviews are good, but not nearly as entertaining as Clancy Brown in his Q&A at the Edinburgh Film Festival. These special features are suffering from a bad case of Clancy Deficiency! However, as both Mulcahy and Lambert cover a lot of the same ground, and touch on things that Brown spoke about in Edinburgh, it is interesting to hear how they all remember these events slightly differently. But then, it was 30 years ago.

The centrepiece of this release is Robert Fischer’s 2007 feature-length making-of documentary – available on previous blu-ray releases. It is an exhaustive piece of work, but by no means definitive. Split into four parts, the first section deals with the early development, and features interviews with screenwriters Gregory Widen and Peter Bellwood. Part two (easily the best section) goes into great detail on the visual style of the film, with insightful recollections from cinematographer Gerry Fisher and production designer Allan Cameron.

Part three of the film is a long interview with Roxanne Hart, who plays Brenda Wyatt. She talks about her character, how she got the part and her experience on the film. The final segment of the film is a very long interview with Bill Panzer, the producer of Highlander. Panzer is the man who – righty or wrongly – went on to take this cult classic film and expand it into a vast franchise of ever decreasing returns.

It is all fascinating stuff, especially if a) you are interested in the filmmaking process, and b) you are a massive Highlander fan, but two hours of talking heads is not exactly thrilling. Also, it is not what is in this documentary that is the issue, it is what is missing. There is no behind the scenes footage. And crucially, there is no conversation with the director or any of the three main stars.

The “deleted scenes” are scenes we have seen in the film, just edited slightly differently. They are restored in HD, but without audio, so they are underscored with music from the film. A pretty pointless addition to the disc that even Highlander completists will be confused by.

Overall, the true star of this new release is the restoration of the film. The special features seem good on the surface, but really it is just the same story being told over and over again by different people. Loses marks for the lack of Clancy Brown and Sean Connery anywhere in the bonus features.