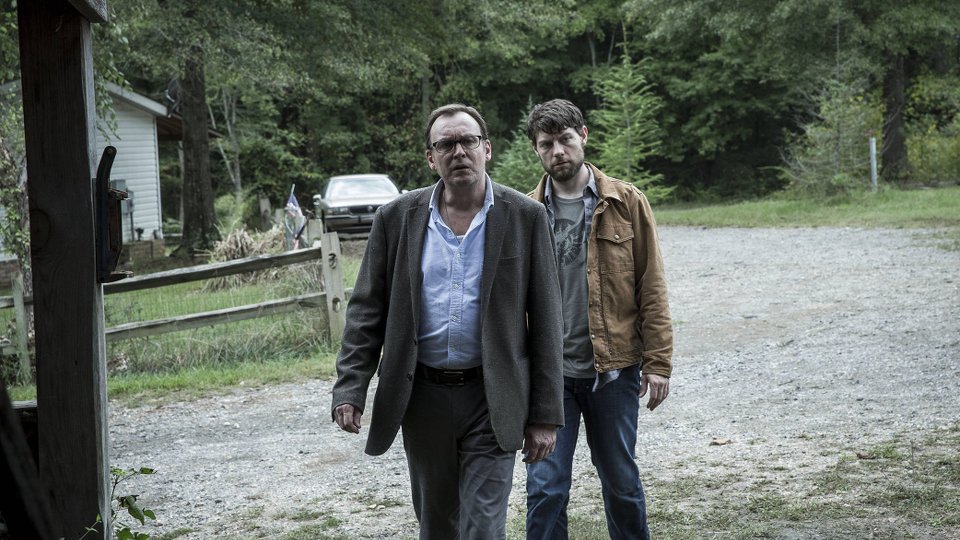 Reverend Anderson (Philip Glenister) discovered that one of his previous exorcism attempts hadn’t worked on the latest episode of Outcast.

Mildred (Grace Zabriskie) was revealed to still have the demon inside her and she let it out briefly during a conversation with Anderson at her home. Anderson had previously ignored Kyle’s (Patrick Fugit) warnings.

Elsewhere in the episode Megan (Wrenn Schmidt) was startled when a man from her past called Donnie (Scott Porter) unexpectedly showed up. It was revealed that he was a foster child that lived in her house and used to sexually abuse her. She confronted him and asked him to leave, which it looked like he was going to do, but Mark (David Denman) got to him first and beat him (to death?).

The next episode of the season is The Road Before Us. Anderson tries to assure Kyle his exorcisms work. Chief Giles is discovering more and more about his pal Ogden in connection with the eerie camper in the woods. Meanwhile, Kyle worries for his estranged wife Allison, whose behaviour begs the question: is she a battered woman, or is a demon still inside her?