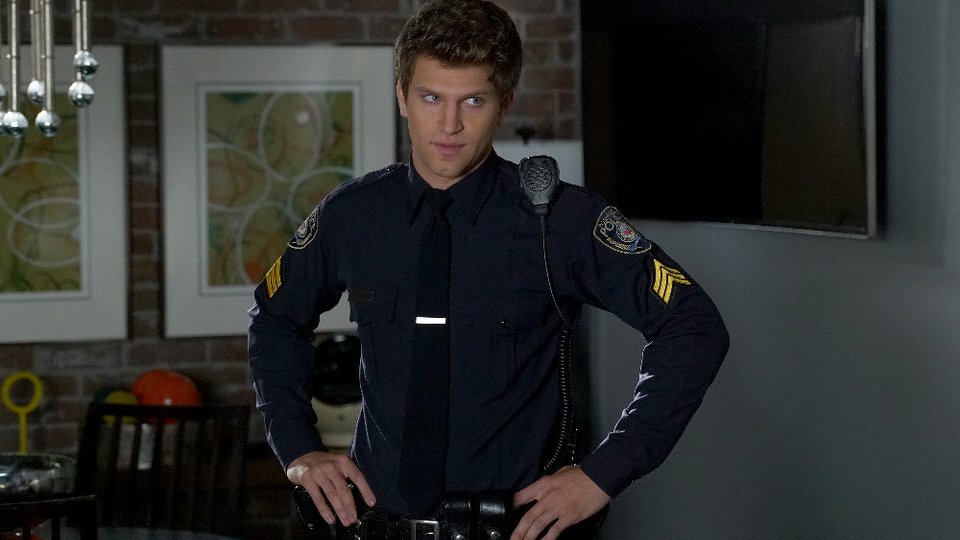 The PLLs accidentally ended Dr. Rollins’ (Huw Collin) reign of terror on the latest episode of the season.

Alison (Sasha Pieterse) managed to escape her husband’s clutches and she narrowly avoided being run over by her friends who were trying to locate her. Dr. Rollins wasn’t so lucky and wound up seemingly dead on Hanna’s (Ashley Benson) windshield.

Prior to that Aria (Lucy Hale) and Hanna discovered that Dr. Rollins had been in a relationship with Charlotte (Vanessa Ray), and Aria found lots of drugs stored in the good doctor’s locked chest in his bedroom.

The next episode of the season is Hit and Run, Run, Run. The PLLs desperately attempt to cover up their secret, and in turn, end up straining their relationships with their respective bed buddies by keeping them in the dark. While the aftermath of Haleb’s kiss weighs on Spaleb’s relationship, Spencer copes in ways she might later regret. Mona intervenes with the cover-up plan, for better or worse.

Tune in to Freeform at 8/7c on Tuesday in the US and Netflix on Wednesday in the UK to see the episode. Preview it with our gallery below: