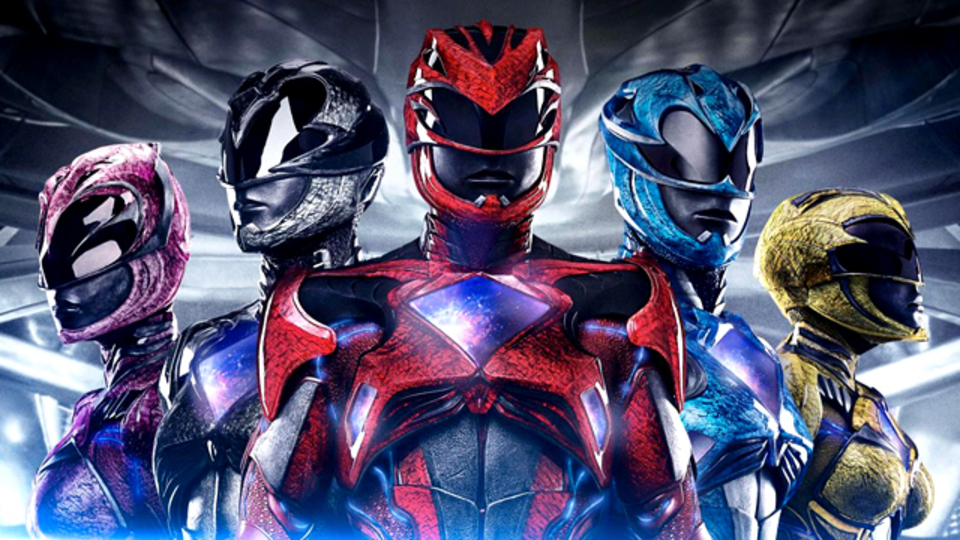 I’ve eagerly awaited this latest incarnation of the Power Rangers for quite some time. I was a fan of the original series, the 90s movie and I even liked the bootleg Adi Shankar/ Joseph Kahn fan-made short-film that was recently released starring James Van Der Beek & Katee Sackhoff. With a teaser trailer campaign that promised much, it seemed like Power Rangers was a good franchise to revisit. The end project is a curious affair that has bags of potential, a few great moments and lots of filler. Its main problem stems from the fact that Power Rangers doesn’t know what kind of a movie it wants to be. Going heavy in any direction would have done this the world of good, but instead we are left with an enjoyable origin story that’s peppered with niggling problems that should have been easy wins.

So this is very much a rebooted origin story with an eye for future adventures. It finds five misfit teenagers brought together by some mysterious gemstones that are unearthed in a rock quarry in the sleepy town of Angel Grove, California. Jason (Dacre Montgomery) is a high school football star who pranks his way into ruining his future. Billy (RJ Cyler) is a bit of an oddball outcast and Zack (Ludi Lin) spends his day near the quarry and looks after his sick mother whilst cutting school. Kimberly’s (Naomi Scott) poor choices have led her to be ostracised by her former friends and Trini (Becky G) is happy to live life without the annoyance of other people around her. The gemstones have chosen them all to become Power Rangers, the last line of defence to save the world from an alien megalomaniac named Rita Repulsa (Elizabeth Banks), looking to conquer everything in her path to gain absolute power.

It’s the dynamic between the teenagers that ends up being Power Ranger’s saving grace. They all work exceptionally well together and do their respective roles justice. The initial set-up is very much The Breakfast Club, with the teens banded together in strange circumstance, and who learn to work as a team to find their inner peace, and by extension, also save the world. Dacre Montgomery makes a great leader as Red Ranger Jason. His chemistry with the criminally-underrated RJ Cyler, who plays Blue Ranger Billy, is a big win in the movie. His budding relationship with Naomi Scott’s Pink Ranger Kimberly is also well placed and handled – Scott is definitely a talent to watch out for in the future. Black Ranger Zack, played by Ludi Lin, could have been used more effectively but Becky G is great as Trini, the Yellow Ranger.

Then there are the big cast hitters… Bryan Cranston and Elizabeth Banks. Banks clearly has fun here, hamming it up big time as cartoony villain Rita Repulsa. If anything, Banks is the most recognisable connection to the classic TV series; such is her over-the-top performance (which suits the source material well). It’s a shame that the rest of the movie didn’t embrace these campier elements. Cranston didn’t work for me, a talent too recognisable to be relegated to just a hologram-wall image who imparts wisdom. Thankfully Bill Hader delights as the voice of the Rangers robotic guide Alpha 5 and keeps things light.

So the cast and the general plot set-up are sound. The problems arise in the middle third. A Power Rangers movie shouldn’t wait an hour and a half before we see them in their power suits. Whilst the training sequences are good, they go on for far too long and that’s where the fundamental issues with this movie arise – it doesn’t know how to approach the source material. Is this meant to be a fun homage, a straight reboot, or a darker, more balanced film? Its indecision also stretches to its audience – who exactly is this film aimed at? Some of the themes and jokes in the film suggest an older teen audience, but with Marvel owning that particular genre space was Power Rangers ever going to really make a real dent in that market?

Power Rangers actually does the hard stuff right – it sets up a decent premise, does well at fleshing out its characters and delivers some amazing visuals. But the set-pieces are far too scarce – as are any really memorable action sequences. The Rangers look amazing in their new suits but we don’t get to see that enough. Their battle sequences deserve much more screen time, especially when the Rangers used their Zords. And then there’s the iconic theme tune. Only using it for 10 seconds of screen time is an unforgivable mistake to make. But when it does come on it’s one of the best moments of this film.

Power Rangers is a movie that is nowhere near as bad as early reports have suggested. There’s bags of untapped potential here and should they get one, a sequel could be really amazing. The thing to keep in mind here is that the action is what lets the side down here, and that should be the easiest thing to rectify come sequel time. If due attention is paid to that side of things, I’d be happy to revisit these Power Rangers once again. For now Power Rangers comes in as an enjoyable blockbuster that has genuine heart, but frequently doesn’t live up to its potential.