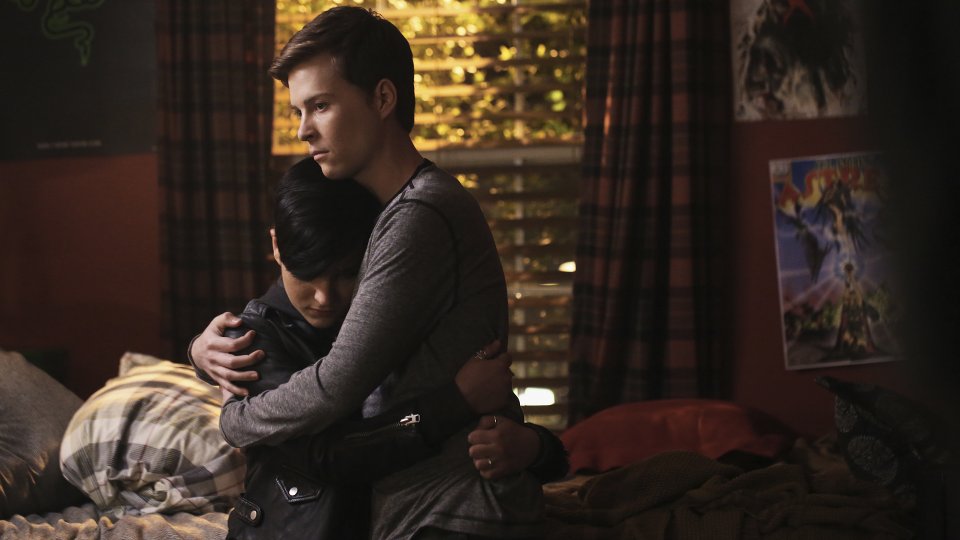 Noah (John Karna) got another clue about the identity of Piper’s (Amelia Rose Blaire) accomplice on the latest episode of Scream.

After Jake’s (Tom Maden) body was dropped on the stage very publicly during a Lady of the Lake presentation, the school was put into lockdown while the police investigated and questioned some of the students. Emma (Willa Fitzgerald) found Jake’s phone in her bag and Kieran (Amadeus Serafini) was forced to reveal all to the police after he was caught trying to get a gun out of his locker.

Emma was then separated from her friends and locked in a room by her psychology teacher Karen (Austin Highsmith). She started to panic and thought she saw the killer but after breaking out of the room she wasn’t sure if what she had seen was real.

Elsewhere in the episode Audrey (Bex Taylor-Klaus) targeted Stavo (Santiago Segura) turning the students against him after seeing him drawing bloody pictures of her friends, Noah stole Audrey’s phone and discovered she was in contact with the killer and that she knew Jake was dead, and Brooke (Carlson Young) tried to process what had happened to Jake.

Emma starts to question her friendships when tensions rise between her and her friends. Meanwhile, Noah reveals his latest theory about the identity of Piper’s accomplice and takes his investigations further.

Tune in to MTV at 10/9c in the US tonight and Netflix in the UK tomorrow to see the episode. Preview it with our gallery below:

Advertisement. Scroll to continue reading.
In this article:Scream