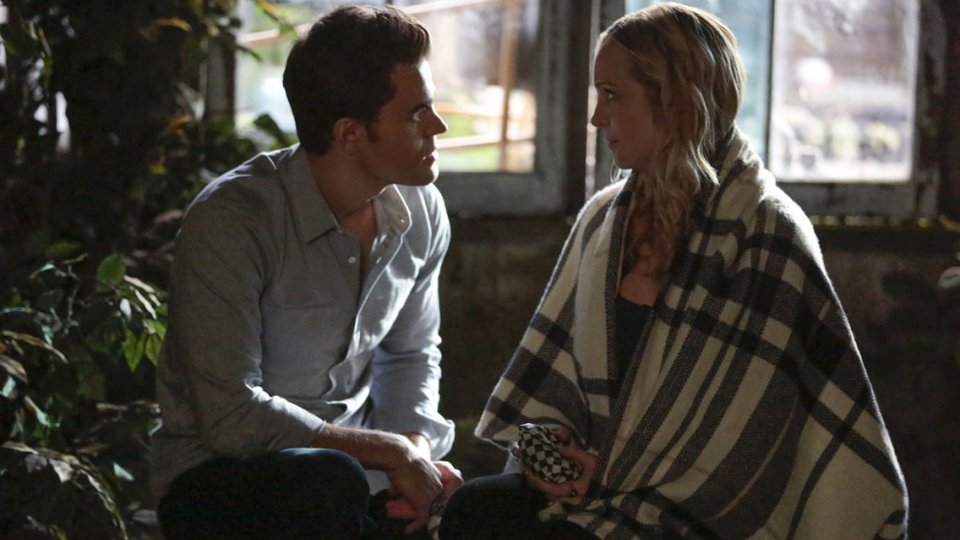 Caroline (Candice King) was hospitalised on the latest episode of The Vampire Diaries.

The twins she was carrying were siphoning away her vampirism threatening to kill her in the process. Valerie (Elizabeth Blackmore) performed a spell to try and swap the babies’ magic source to try and keep Caroline alive.

Bonnie (Kat Graham), Mary Louise (Teressa Liane) and Nora (Scarlett Byrne) searched for Rayna Cruz and found her old and weak in a psychiatric ward. Rayna attacked Bonnie who was saved by Enzo (Michael Malarkey). Enzo then killed Rayna and burned her body but she came back to life as her younger self.

Elsewhere Damon (Ian Somerhalder) returned to bad habits and went into self destruct mode with Stefan (Paul Wesley) trying to pull his brother back from the brink. Valerie and Stefan also staked Julian (Todd Lasance) taking advantage of a moment where he was off guard.

In the future Matt (Zach Roerig) vervained Stefan and the vampire hunter was revealed to be a young Rayna (Leslie-Anne Huff) who has Damon captive.

The next episode of the season is This Woman’s Work. When complications from her supernatural pregnancy leave Caroline’s life hanging in the balance, Stefan and Valerie try and save her.

Tune in to ITV 2 at 10pm on Wednesday to see the episode. Preview it with our gallery below: