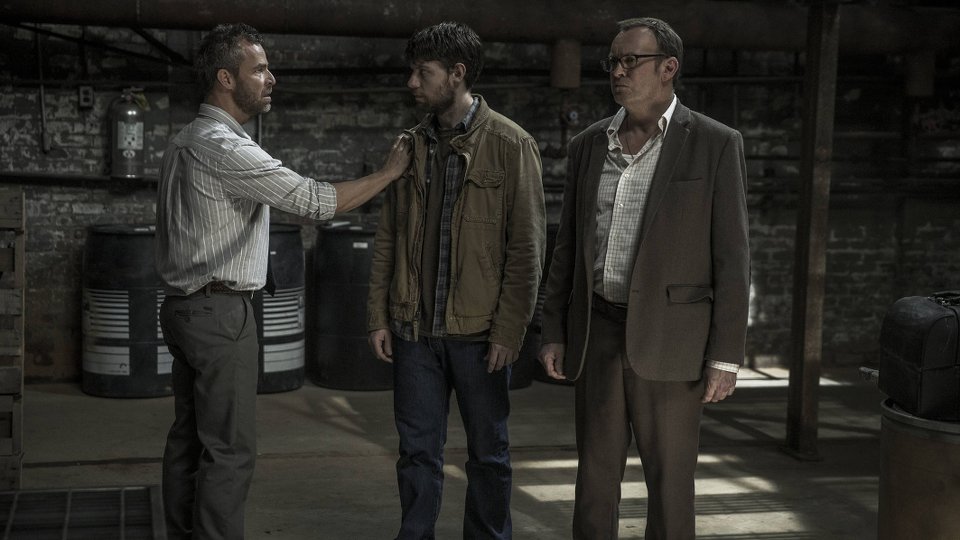 Outcast delved into the past of central character Kyle (Patrick Fugit) during its latest episode.

Through flashbacks we saw how Kyle’s mother was affected by possession and the impact it had on Kyle when he was a child. As he thought back over his childhood, Kyle came to the conclusion that his mother hadn’t been fully exorcised so he removed her from the hospital and took her home to try and cure her.

Reverend Anderson (Philip Glenister) was alerted to Kyle’s actions and he visited the troubled man at his home. Together they attempted another exorcism to see if they could bring Kyle’s mother back to her old self.

Elsewhere in the episode Kyle tried to get a gift to his daughter but due to not being allowed to see her, his request was refused.

The next episode of the season is All Alone Now. Kyle and Anderson join forces with a disgraced detective to investigate the possible possession of his former partner.