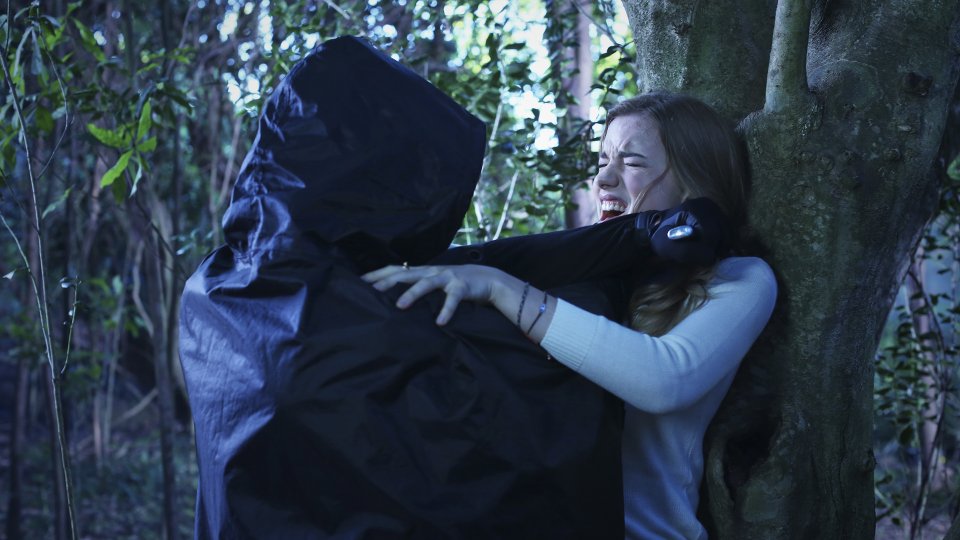 The arrival of Emma’s (Willa Fitzgerald) father Kevin (Tom Everett Scott) caused friction all round on the latest episode of Scream.

Determined to see the good in her father, Emma was shocked to learn that he had once beaten her mother. After receiving a note asking her to visit him at the motel he was staying at, Emma arrived and found him drunk and beating up a man at a bar. Shortly before that she almost encountered the killer in her father’s motel room.

Elsewhere Audrey (Bex Taylor-Klaus) continued to be plagued by the killer and was framed for the murder of the motel clerk, Noah (John Karna) got closer to figuring out who Piper’s (Rose Amelia Blaire) accomplice was, and Brooke (Carlson Young) was less than pleased with the return of Mr Branson (Bobby Campo).

The next episode of the season is Happy Birthday to Me. Jake’s (Tom Maden) sudden disappearance is beginning to worry Brooke until a gift from Jake arrives just in time for Kieran’s (Amadeus Serafini) birthday party. The Lakewood Six take an unexpected trip deep into their subconscious.

Tune in to MTV at 11/10c on Monday in the US and Netflix on Tuesday in the UK to see the episode. Preview it with our gallery below: