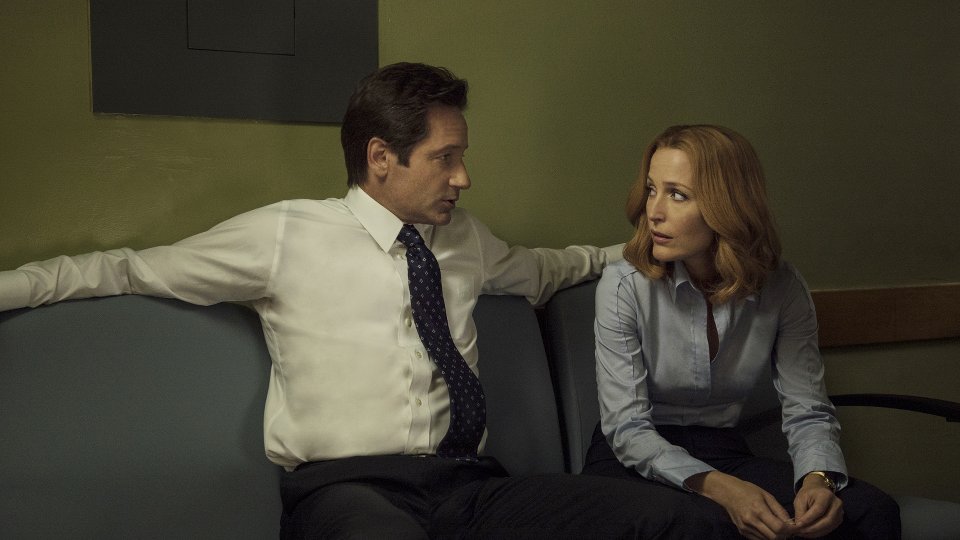 Following 14 years off the air The X-Files made a return to the small screen earlier this year continuing the adventures of FBI Agents Fox Mulder (David Duchovny) and Dana Scully (Gillian Anderson). The characters were last seen on the big screen for their second cinematic outing The X-Files: I Want to Believe, which performed well at the box office but was mauled by the critics. Titled The Event Series, which is actually season 10 of the show, The X-Files returned for a 6-episode outing that divided fans and critics but brought in huge ratings for FOX in the US and Channel 5 here in the UK.

With series creator Chris Carter at the helm once again and Duchovny and Anderson back on board, there was a lot of anticipation for the new season of the show. The first episode, which dipped into the alien mythology and to the anger of some fans rewrote a large part of the show’s history, received mixed reviews but it did enough to keep fans hooked over the season’s 6 episodes. Honouring everything that made The X-Files good back in the 90s, season 10 created mostly new stories putting Mulder and Scully in a modern context with a landscape that was very different from the last time we saw them.

As a long term X-Phile myself, I was concerned when it was announced that the show was coming back. I was one of the few that actually enjoyed I Want to Believe but I did fear that the old magic wouldn’t be captured for a small screen return. Thankfully I was proven wrong and the 6 episodes each brought something to The X-Files’ legacy and didn’t alienate those who weren’t as familiar with the show’s original outing. Like many fans I took some issue with the rewriting of history but episodes 2 to 5 were a lot stronger than the season opener and closer.

Often The X-Files has been criticised for getting too bogged down in alien conspiracies and the two episodes that bookend the season – My Struggle and My Struggle II – attempted to pick up that strand and continue it. They weren’t completely successful with the story suffering from pacing issues and feeling very rushed, but the essence of the show was very much present.

Where season 10 soared was with the standalone episodes. Writer Darin Morgan returned for the hilarious Mulder and Scully Meet the Were-Monster, which guest-starred Flight of the Concords actor Rhys Darby and saw the agents investigate a case that led them to a lizard man that could transform into a human. It was a nice throwback episode that echoed the much-loved Jose Chung’s From Outer Space from season 3.

Elsewhere in the season Mulder and Scully meet two agents that remind them of their younger selves in Babylon, investigate genetic experiments on children in Founder’s Mutation, and hunt a mysterious creature known as Band-Aid Nose Man in Home Again.

It’s a joy to see Duchovny and Anderson on screen again together. They immediately re-establish the chemistry that they enjoyed during the show’s initial run and they clearly have fun being with one another again. Anderson’s voice sounds little off in the first episode but she finds her way back to Scully from episode 2. Both actors get back into the skin of their characters but they perform with more gravitas having spent the last 14 years stretching their wings and playing a variety of characters. Mitch Pileggi reprises his role as Skinner but is sadly under-used through much of the season. William B. Davis also returns as the Cigarette Smoking Man who continues to pose a big threat not only to Mulder and Scully but also the world. There are plenty of other nods to the original series too but I don’t want to spoil them for you if you haven’t seen the season yet.

The Blu-ray release is packed with extras including audio commentaries on selected episodes, a featurette focusing on the show’s most infamous monsters, behind-the-scenes footage from the new season, deleted scenes and a gag reel.

For a long-time X-Phile like me, season 10 was a triumph. It’s uneven in places and the alien mythology episodes let the season down a little but overall it was a fun and nostalgia filled ride over the 6 episodes. With news that season 11 is on the way, once Duchovny and Anderson can fit it into their busy schedules, there’s still plenty of life in the series yet. Not everyone will like the new batch of episodes but true fans of the original will have a field day hunting out all of the Easter Eggs and seeing Mulder and Scully together again solving more unsolvable cases.