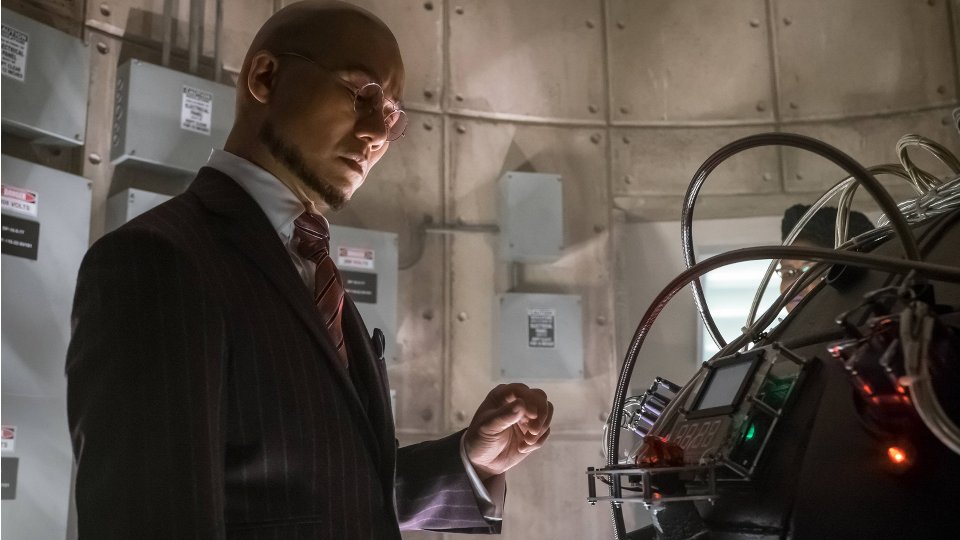 Following Bruce’s suspicions that there was a secret room at Arkham Asylum where Strange was experimenting on the dead, Gordon and Fox formulated a plan to find out once and for all. Bruce was worried about Selina (Camren Bicondova) who had gone into the Asylum on her own and failed to return.

The three were captured by Strange’s men with Bruce and Fox interrogated by Nygma (Cory Michael Smith) on Strange’s behalf. Gordon was taken to a separate room and Strange cloned him.

Elsewhere Fish Mooney (Jada Pinkett Smith) was Strange’s latest project and the first that he resurrected with her memory intact.

The season finale is Transference. Detective Gordon and Bruce Wayne are trapped inside Doctor Strange’s secret monster-making laboratory with a ticking bomb.