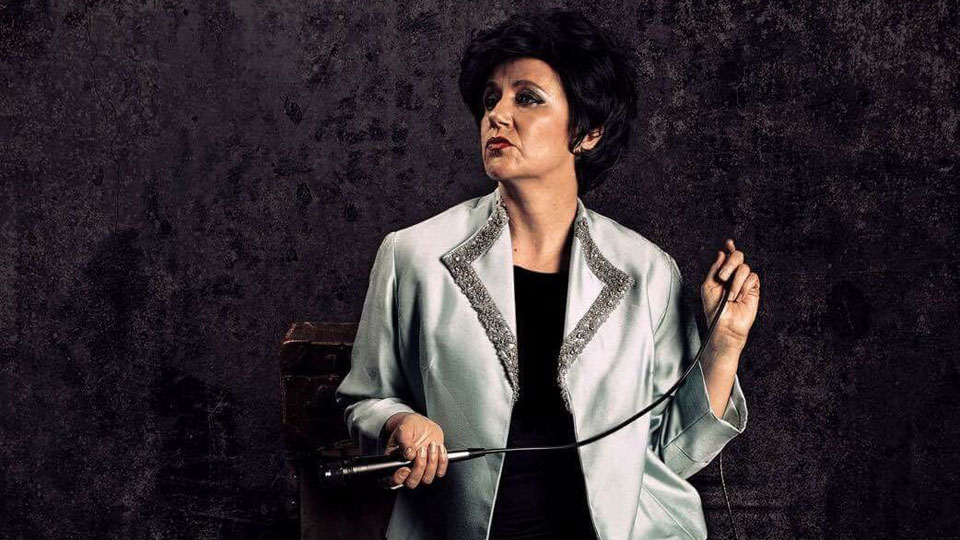 Television and stage actress, Helen Sheals, returns to Through the Mill, playing the iconic role of the legendary actress and singer, Judy Garland, during her ‘television’ period. The show plays Wednesday, 6 July – Saturday 30 July 2016.

Set primarily during the filming of CBS produced ‘The Judy Garland Show’ in 1963, Through the Mill chronicles the production difficulties behind the scenes, intercut with the young Judy Garland’s rise to fame through MGM in the 1930s, and her triumphant sell-out concert engagement at the Palace Theatre in the early 1950s.

As Mrs Wigan, a series regular on Downton Abbey and recurring character Lily Richardson in Coronation Street, Sheals is returning to London in Through the Mill after a national tour of Merry Wives of Windsor with Northern Broadsides. She is delighted to be reprising the role she originated at London Theatre Workshop in December 2015.

“There’s something very special about this part. Many people feel as if they know Judy, or they have a perception of Judy; this emotionally broken human being consumed with the booze and drugs. What my character in Through the Mill does is dispel the myth that surrounds her legacy. Judy was hugely vulnerable, yes, but also had a capacity for survival that was just as strong as her vulnerabilities.”

Sheals will be sharing the role of Judy Garland with two other actresses each evening. Belinda Wollaston will play Judy at the age of 29, during her first ‘comeback’ as a concert hall artiste in 1951. Newcomer Lucy Penrose will play Judy during her teenage years, working in MGM Studios, just before her meteoric rise to fame in The Wizard of Oz.

“It’s great to be back with Belinda and Lucy. They bring such differing but important qualities to the character that I then use to inform how Judy became the character I play. Everything Judy did was a response to the way in which she was treated by others, so when we get to my story, hopefully the audience will understand why my Judy made some of the decisions she made; the actions she took.”

Through the Mill is a non-linear piece that uses three narratives, one for each actress playing the role of Garland, overlayed and in no particular chronological order. This is a style that writer, Ray Rackham, has used before; many actors played the same two characters in his musical Apartment 40C (which enjoyed a run at London Theatre Workshop in 2014, and transferred to the St James Theatre in 2015).

Illustrating why Judy Garland was, and continues to be, one of the great legends of show business history, Through the Mill goes beyond the rainbow, and explores the life of a woman destined for greatness; as loved today as she was when she first made her way along the yellow brick road.

A twelve strong actor-musician company will make up the onstage Judy Garland band, accompanying the three actresses playing Judy Garland on a number of hit songs, including The Trolley Song, The Man That Got Away, and Over the Rainbow. They include West-End veteran Don Cotter and stand up comic Rob Carter (Fresh Meat and Peep Show, Channel 4).

Through the Mill is written and directed by Ray Rackham who is Artistic Director of London Theatre Workshop, BroadwayWorld Award nominated librettist/lyricist of the acclaimed Apartment 40C (St James Studio, 2015) and director of the acclaimed revival of Adam Gwon’s Ordinary Days (2014).

Other credits include the UK Premiere of Harvey Fierstein and John Bucchino’s A Catered Affair, the 40th Anniversary Productions of Stephen Sondheim’s Follies and Company (Pleasance), the 2012 Pleasance revival of Assassins, and acclaimed Broadway Soprano Barbara Cook’s return to London in Happily Ever After (Fortune). Rackham also devised the Sondheim revue Just Another Love Story, which has toured the UK.

Advertisement. Scroll to continue reading.
In this article:Helen Sheals, Judy Garland, Through the Mill