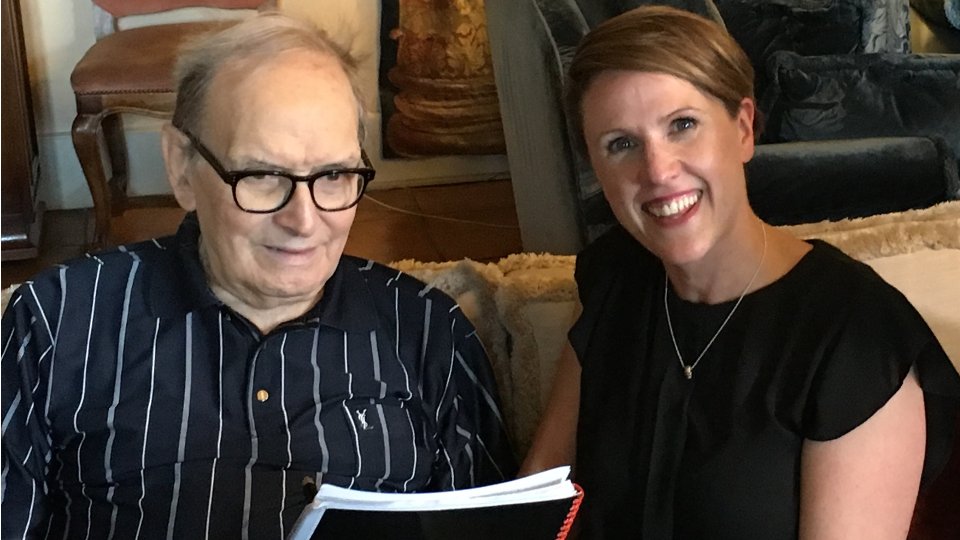 Celebrating his 60 year career, which has included 600 compositions, Morricone 60 will be released on 7th October 2016. It is the first album of Morricone’s greatest hits conducted, recorded and curated by Morricone himself.

The albums sees the celebrated Maestro performing some of his greatest film music from The Good, the Bad and the Ugly to his recent Academy Award-winning score for Quentin Tarantino’s The Hateful Eight (released earlier this year on Decca). The album marks his 60th anniversary as a composer and conductor and features brand new recordings with the Czech National Symphony Orchestra, with whom he’s collaborated on major international movie scores.

Upon signing the recording contract with Decca, Ennio Morricone commented, “After the success of The Hateful Eight score, I’m delighted to be returning to Decca with my own record deal – an extraordinary moment in my 60th professional anniversary year. It’s been a wonderful experience to be able to conduct my scores and to record these with the Czech National Symphony Orchestra. The quality of their performance of my work is truly outstanding.”

Rebecca Allen, Managing Director of Decca Records, said, “It is a great honour to be signing Ennio Morricone, whose iconic scores have inspired artists, film-makers and music-lovers around the world for generations. We have waited over 60 years to sign this legendary artist and are thrilled to welcome him to Decca Records – also 87 years strong!”

The new album and record deal coincides with Morricone’s 60 Years of Music World Tour. His next UK concert is at Blenheim Palace’s Great Court on 23rd June 2016 as part of Nocturne Live, his first ever UK show outside of London.

The track listing for Morricone 60 is:

Advertisement. Scroll to continue reading.
In this article:Decca, Ennio Morricone