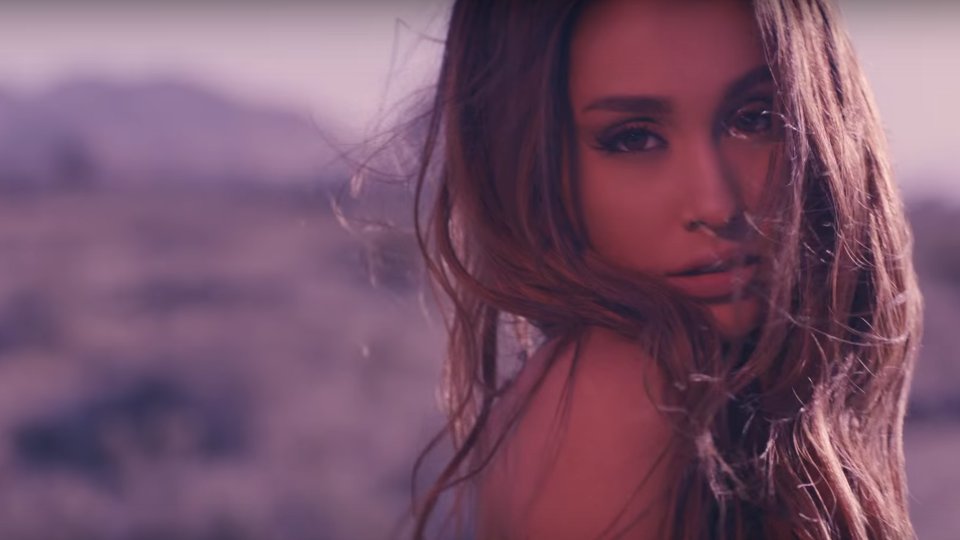 Ariana Grande has successful transitioned herself from child TV star to fully-fledged musical force to be reckoned with. Keeping her foot in acting (she appeared on the messy but fun Ryan Murphy series Scream Queens), Grande is much more interesting as a singer. Having proven her vocal chops on 2013 album Yours Truly, Grande has quickly climbed up the ladder of success with second album My Everything achieving double platinum in the US. Her new album Dangerous Woman finally arrived recently after delays and the disappointing of the supposed lead single Focus.

Originally titled Moonlight, which is now a track that opens the record, Dangerous Woman sees Grande trying to evolve her image and grow up in the eyes of her fans. She’s not a cute pony-tailed little girl any more, as her title tells you she’s now a woman. The title track is definitely different from anything else Grande has released before and she showcases her vocal prowess with big soaring notes, nuanced vocal acrobatics and sweeping melodies. The song may not have set the charts on fire but it’s clearly got enough people interested to buy the record as it shot to number one here in the UK.

Opening track Moonlight recalls some of the best moments on Grande’s debut album Yours Truly, throwing back to beautiful old-school R&B melodies and stunning vocals. Sadly it’s a one-off and the rest of the album is a mixed bag of trying to cater to everyone and not delivering a particularly cohesive listen, not unlike last album My Everything. Be Alright is a big chill-out house number, new single Into You is a shuddering electro-dance number, and Let Me Love You featuring Lil’ Wayne is a contemporary slice of hip-hop meets R&B.

Each song jumps to a different style meaning some parts work and some don’t. Leave Me Lovely featuring Macy Gray is a muddled mess that’ll have you reaching for the skip button, the faux-reggae of Side to Side featuring Nicki Minaj fails to live up to the pairs previous collaborations, and Everyday featuring Future is the definition of filler.

Better moments come on uptempo Greedy, the simple but effective I Don’t Care, and the beat-laden Bad Decisions. When Grande’s voice is allowed to soar, she’s in her element. Unfortunately too often it gets lost in the production and over the course of Dangerous Woman, Grande struggles to establish an identity of her own. With Yours Truly she was a unique proposition but since then she’s struggled to find a sound that’s hers.

Dangerous Woman is by no means a bad album but like My Everything, it fails to really tell you who Grande is an artist. There are moments where Grande really shines but there is a lot of filler, particularly on the 15 track deluxe version of the album. When Grande and her producers realise that her voice is what makes her different from the pack, she’ll be able to truly soar and become the huge star I’ve been rooting for her to be since I first heard her sing.

Advertisement. Scroll to continue reading.
In this article:Ariana Grande