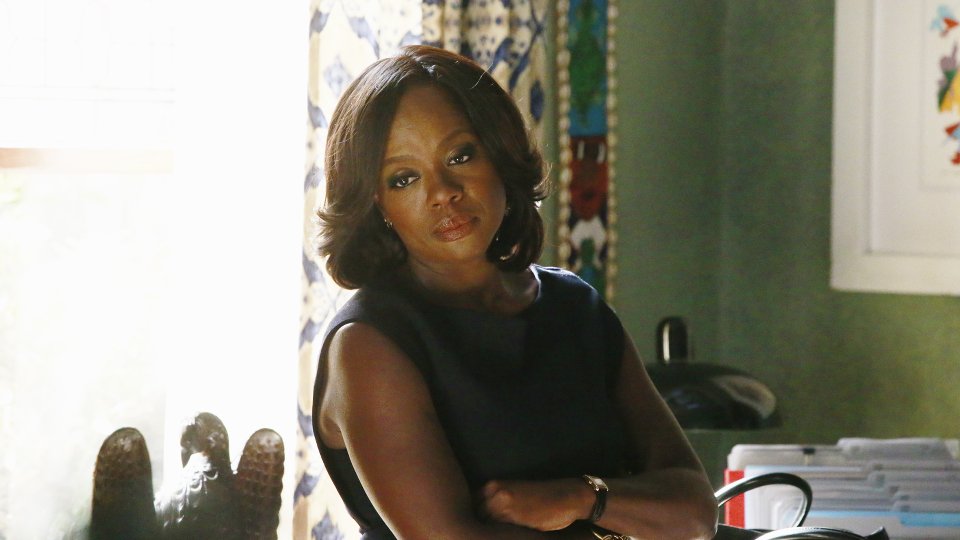 Just as one mystery was solved, another one began on the second season finale of How to Get Away With Murder.

If you haven’t seen the second season of How to Get Away With Murder and you want to avoid spoilers, we suggest you stop reading now. If you have seen it and want to her our thoughts on the next season keep reading.

The jaw-dropping show resolved the Hapstall case and then quickly set about giving us another murder to solve when Wes’ (Alfred Enoch) father Wallace (Adam Arkin) was killed right in front of his eyes, just as he was meeting him properly for the first time. All we know is that someone with a sniper committed the murder so it’s anyone’s guess who was behind it.

Elsewhere Laurel (Karla Souza) visited Frank (Charlie Weber) and discovered all of his belongings were gone from his apartment, Bonnie (Liza Weil) told Annalise (Viola Davis) that Frank was responsible for the loss her unborn baby years earlier, and Caleb (Kendrick Sampson) was found dead in what looked like a suicide.

With plenty of mysteries set up ahead of the new season, I can’t wait for How to Get Away With Murder to return and I hope it wins back some of its audience after the ratings for season 2 dropped significantly from the first season.

I’ve started thinking about what I want to see when the show returns. Keep reading to find out my thoughts.

1. Who killed Wallace? This is looking likely to be the big season mystery and I can’t say I was sad to see Wallace murdered after we learned the despicable things he’d done. It seems unlikely that any one on Annalise’s team would have reason to kill him with the exception of Annalise herself.

2. Frank to return. I’m pretty sure he won’t be gone for long but Frank may need to watch his back now Annalise knows what he did. His role in the team has completely changed now his secret is out and I want to see him work his way back to being Annalise’s right hand man.

4. Michaela (Aja Naomi King) and Asher (Matt McGorry) to continue their secret relationship. It was one of the biggest OMG moments of the past season and I’m keen to see it continue. The match is an odd one but it kind of works so I’m hoping to see the two characters explore what a relationship could look like.

5. Connor (Jack Falahee) to find out what Oliver (Conrad Ricamora) did. Oliver declined a place at Stanford that Connor had been accepted. The two have had their issues over the course of their relationship but I can’t wait to see the explosions when Connor finds out about this.

6. Juicy new cases for Annalise. Some of the cases last season felt a little stale. I love the courtroom scenes with Annalise and it’s when she’s at her most impressive. I want to see some really big twists and turns next season with the show going in surprising directions.

7. A stronger Bonnie. We know about her past now and she’s forced her way back into Annalise’s good graces. With Frank gone (temporarily) she has a chance to really step up and show what she’s made of. She doesn’t seem to feel any remorse for the murder she committed so onwards and upwards I say!

8. The characters to be humanised a little. In the first season the Keating Five were ordinary students dragged into Annalise’s dark and twisted world. In season 2 they all went dark and twisty with no morals to speak of. They’ve all been directly or indirectly involved in a murder of some description now and they’ve all committed crimes. The show needs to remind us why we rooted for these characters in the first place.

9. Nate (Billy Burke) to get more to do. He’s been on the outskirts for the first two seasons. It seems like he and Annalise are going to give their relationship a real chance so Nate should be brought into the fold more and given more meaty storylines of his own.

10. Eve (Famke Janssen) to return in some capacity. It seems unlikely we’ll see much of her as Janssen is the star of the new show The Blacklist: Redemption but I hope she shows up at some point. I prefer Eve and Annalise than Nate and Annalise and there is definitely unresolved stuff going on between the two.

How to Get Away With Murder returns to ABC in the US and Universal Channel in the UK for a third season this autumn.