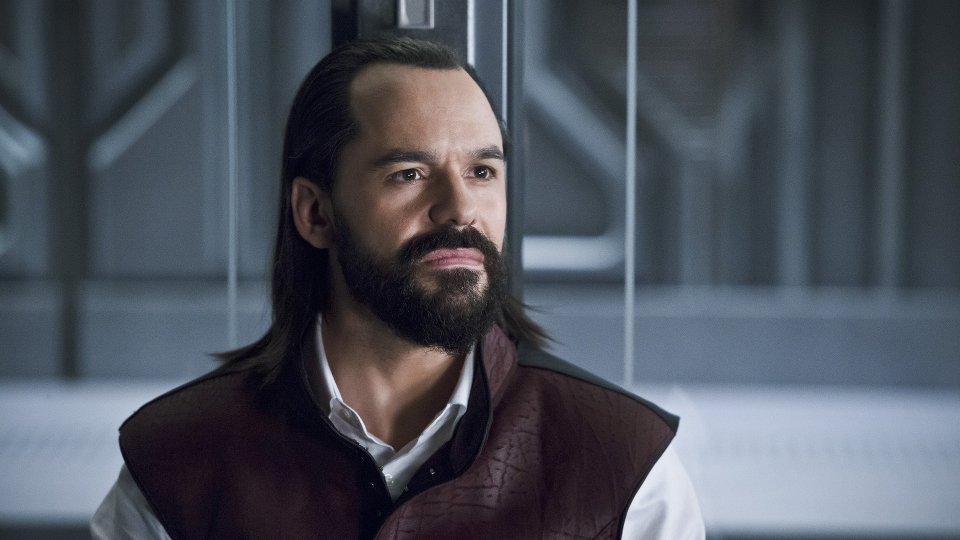 Rip (Arthur Darvill) took the team to London in 2166 to try and eliminate Vandal Savage (Casper Crump) on the latest episode of DC’s Legends of Tomorrow.

With the aim of stopping him before he took over the world, Kendra (Ciara Renee) noticed one of his female officers was wearing a bracelet that she wore in her first life. Knowing that Savage can only be killed by an object from her, Kendra enlisted the team to help her steal the bracelet so she could turn it into a weapon.

It transpired that the officer was in fact Savage’s daughter and Snart (Wentworth Miller) managed to convince her to turn against her father and help them. Savage sent a giant robot after the Legends and Ray (Brandon Routh) battled it. Kendra went after Savage but stopped short of killing him when she discovered he had brainwashed that generation’s incarnation of Carter (Falk Hentschel).

In a bid to save Carter, Ciara and Rip decided to imprison Savage on the Waverider.

The next episode of the season is River of Time. Having finally ensnared immortal megalomaniac Vandal Savage, the Legends begin to divide over the best course of action.